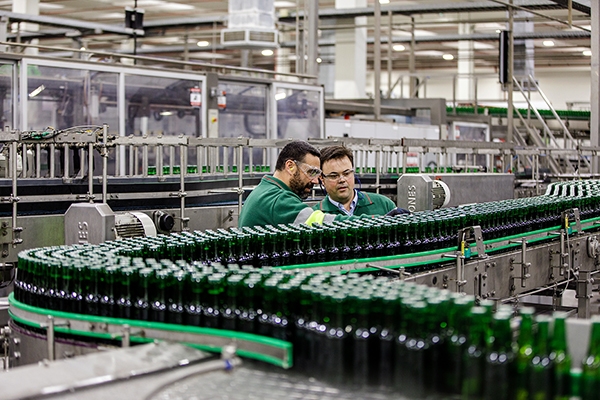 Heineken will decarbonize its production by 2030.

Heineken announced goals to decarbonize its production by 2030 and its full value chain by 2040, while also delivering on an interim target to cut emissions from its value chain by 30 percent against a 2018 baseline by 2030.

The company said it is now the "first global brewer to aim for carbon neutrality in its full value chain.

The brewing giant has signed up to the RE100 initiative and Race to Zero campaign while pledging to have its new emissions goals independently validated by the science-based targets initiative.

Heineken's CEO and Chairman of the Executive Board Dolf van den Brink. said the company aims to be carbon neutral in our production sites by 2030 to meet the 1.5C goal set by the Paris Agreement. He added that the company would further reduce emissions through energy efficiency and hasten the transition towards renewable energy.

However, the company would need to work with its partners to slash emissions across its supply chain.

He explained that a large part of their overall carbon footprint beyond production comes from agriculture, packaging, distribution, and cooling.

According to Heineken, the new targets would build on considerable progress over the past decade when it implemented more than 130 renewables projects globally and reduced 51 percent of carbon emissions per hectoliter in its breweries since 2008.

In addition, Heineken is also supporting a pilot of 500 low-carbon farming projects in eight countries, shifting to zero-emission breweries in Austria and Spain, and deploying smart fridges in Mexico that automatically adjust cooling settings to minimize energy use.