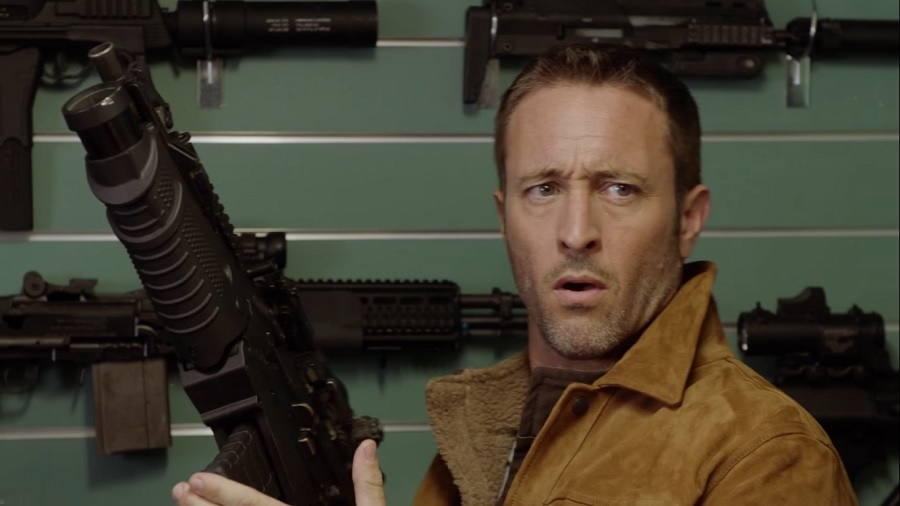 Steve McGarrett (Alex O’Loughlin) will be needing all the emotional support he can get right now following the death of Joe White (Terry O’Quinn). This could be the main reason for Catherine’s (Michelle Borth) return to the show once “Hawaii Five-0” season 9 comes back from its month-long holiday hiatus.

The impact of Joe’s death will still be felt once “Hawaii Five-0” season 9 returns next year. Catherine is Steve’s “the one that got away” so having her around at a time of grief should mean something special for Steve.

However, Catherine can offer so much more than just emotional support, especially when it comes to making the person who killed Joe pay for it. With that, “Hawaii Five-0” season 9 episode 11 is starting to look like another action-packed episode considering that Danny (Scott Caan) and Junior (Beulah Koale) are joining this mission as well.

Steve will also call on some long-time friends Harry Langford (Chris Vance) and Wade Gutches (David Keith) to assist in avenging Joe’s death. Watch out for this exciting mission once “Hawaii Five-0” season 9 returns on Jan. 4, 2019.

Meanwhile, those who will be left in the island will also get their first case of 2019 in “Hawaii Five-0” season 9 episode 11. Tani (Meaghan Rath) and Lou (Chi McBride) will lead an investigation. They will need to track down whoever stole “a bag of human bones” they found in a storage locker.

“Hawaii Five-0” season 9 closes 2018 with a very emotional episode. In its last 2018 episode, Steve got a call from Joe about a threat in their lives. They flee to Montana hoping to ward off their enemies.

Steve managed to kill several of the attackers but, unfortunately, the story calls for Joe’s passing. Joe might not be a series regular but he has since been a father figure to Steve. So his death meant a great deal to the story in “Hawaii Five-0” season 9.

Old episodes are expected to fill the show’s timeslot while it is on hiatus. Fans can expect new “Hawaii Five-0” season 9 episodes every Friday at 9 p.m. ET on CBS starting January 2019.