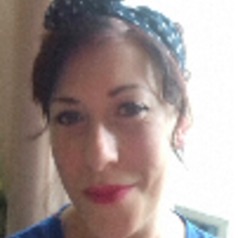 The decision of the lord chief justice, Lord Burnett, to halt new jury trials in England and Wales in response to COVID-19 follows the example set by Scotland and Northern Ireland. This is understandable as the safety of everyone concerned is paramount. However, the impact of this decision is concerning from a number of different angles and has implications in assuring a fair, impartial trial.

For prisoners on remand, the defendant may have a long wait for trial. In England and Wales, the defendant is presumed to be innocent unless proved guilty by the prosecution, so this becomes especially concerning if that defendant is innocent.

COVID-19 also affects prisoners. Estimates suggest that some 75 prisoners and 113 prison staff across England and Wales are in isolation, with numbers expected to rise. This raises concerns over the safety of prisoners on remand, though it is obviously better for a defendant to have to wait for trial than take the risk of spreading the virus or catching it in court.

The more concerning matter is for trials that are in progress already. Lord Burnett has said that some hearings which have already started will go ahead, provided the court follows the guidelines of social distancing. The problem is that many courts are too small to ensure that a jury of 12 people sit two metres apart from one another. If a member of the court, such as the judge, also becomes sick, it would be difficult for someone else to take their place. And if jury trials in progress are halted and have to have a three to four month (or even longer) intermission, as has been suggested, this could affect the ultimate decision of juries.

My ongoing PhD research looking at the group decision-making processes of juries illustrates that many factors can affect jury decision making. If a trial is delayed and juries are being called back to sit on the same trial at a later date, for example three months later, this could affect their decision making. This could be from negative publicity that jurors are more exposed to, particularly in high-profile cases.

Jurors have difficulty not only recalling facts and evidence, but also in understanding evidence presented during a trial. If trials are stopped partway through, then, this could seriously affect the jury’s recall and understanding of relevant evidence and their decision of someone’s guilt or innocence.

Delay could also affect the victim, for example in a sexual assault case, where the victim is already subjected to secondary victimisation – and this could have devastating psychological consequences. Delaying the trial could also be devastating for the defendant, who has the right to a fair, timely trial under law, and it could be psychologically damaging for that person as they wait for the trial to begin again, not knowing their fate or when it will be decided.

Lord Burnett has suggested that some hearings will use telephone, video links and “other” technology. Video links are generally used for vulnerable witnesses in court who give evidence in England and Wales. However, the majority of trials are not conducted this way and, as Lord Burnett admits, this use of technology would be extremely difficult to implement in jury trials.

Although juries only decide in around 1% of criminal cases in England and Wales, these tend to be the most serious – with profound impact, not only the defendant, but their families, the victim and their families, and society as a whole. It is therefore vitally important that these jury trials are held with rigorous standards to ensure that the defendant is given a fair trial.

Technology is not used in court as a matter of course and some studies have even found that the use of video, for example, might be detrimental to the idea of a fair trial. There is also the added complication of ensuring that Section 8 of the Contempt of Court Act 1981 is followed. This prohibits the jury from speaking about their deliberations and from researchers entering the jury room. This is important to consider as it raises the question of how to ensure confidentiality of the jury’s decision making. Introducing technology to aid jury deliberations may undermine this confidentiality and therefore affect the fairness of the trial.

Whatever measures are implemented, this is a very difficult issue which needs careful consideration to keep everyone – court professionals, defendants and members of the public – safe. Public safety is the key issue and therefore it is understandable why juries have been halted. It must be ensured though, that everyone receives a fair trial and that miscarriages of justice are prevented.