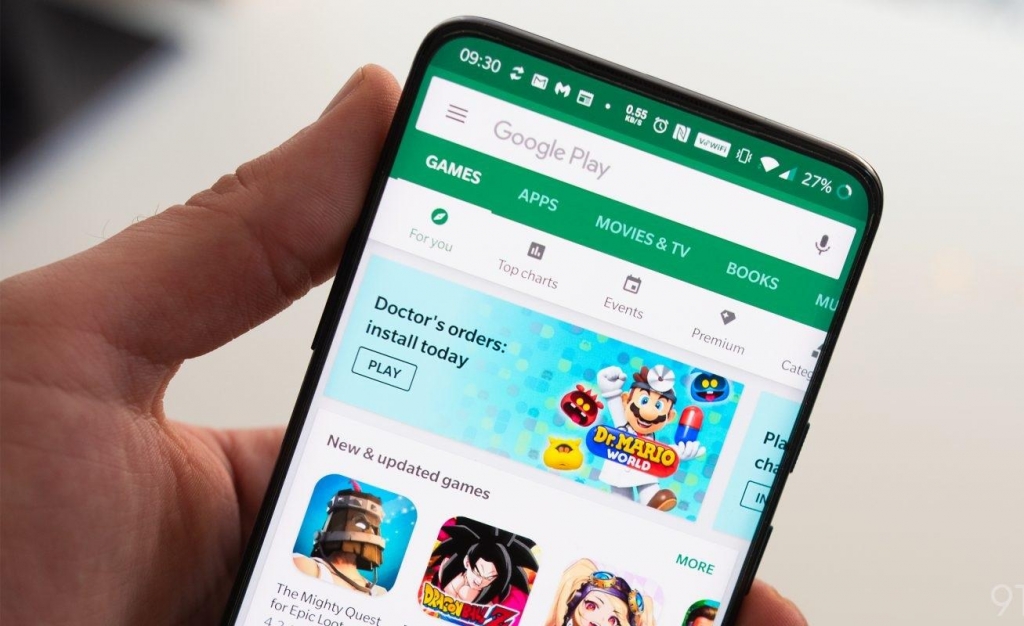 According to Google, nearly 97 percent of those that sell digital goods already use the Play's billing system.

Google emphasized that the enforcement of its app market's billing system, which charges a 30 percent fee, would only affect 2 percent of South Korean app developers.

According to Google, nearly 97 percent of those that sell digital goods already use the Play's billing system.

Google added that it made the language in its payments policy more explicit making all developers selling digital goods in their apps to use Google Play's billing system.

Many apps have circumvented the rule by using other systems, such as direct credit card payments.

Google is giving app developers one-year to adopt the system and would start enforcing the billing system on the Play store's new apps Jan. 20.

Apple's App Store had a 24.4 percent stake at 2.3 trillion won, according to the Korea Mobile Internet Business Association.

Local app developers added that Google's move could be violative of local rules against unfairly restricting for users from choosing services.

KCC Chairman, Han Sang-hyuk, views Google's billing system as a violation and is currently reviewing it.

Purnima Kochikar, a director at Google Play, pointed out that developers are not required to use Google Play as Android provides other options, such as Samsung Electronics Co.'s Galaxy Store and ONE Store.