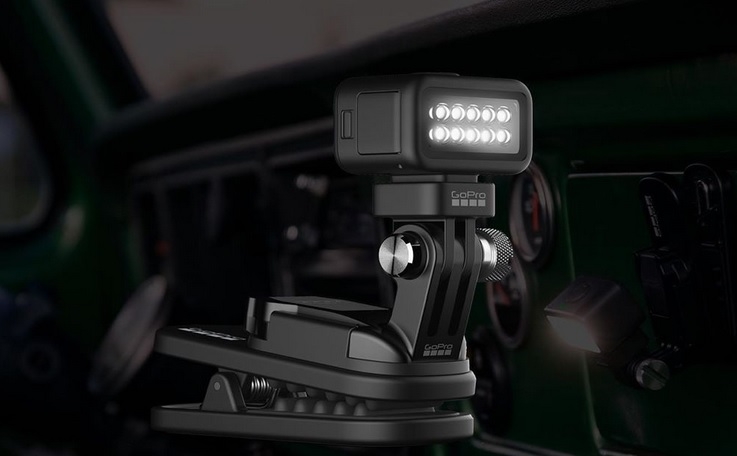 While avid fans of GoPro are wondering when they might hear about the next action camera from the company, it surprised everyone with the sudden launch of the Zeus Mini clip light. It is the newest product to be added to GoPro accessories and is designed to work on any GoPro mount.

GoPro launched the Zeus Mini light on Wednesday for $69.99 and is now available for orders. Tech fans will appreciate the fact that it was designed to work, not just for the newest lineup of action cameras. This means it is not necessarily a redundant product considering GoPro released a lineup of dedicated Hero 8 Black accessories earlier this year, namely the Light Mode, Display Mod, and Media Mod.

The GoPro Zeus Mini comes with a magnetic clip, so it could be used even if it is not directly attached to action cameras. The magnetic aspect of the device will let people use it even when not capturing videos and photos. Simply put, it is also advertised as a mere flashlight on top of being a lighting device for cameras.

GoPro’s newest light is waterproof even in 33-feet deep water and swivels for 360 degrees. It packs up to 200 lumens and has four levels of brightness – its maximum brightness setting can stay up for 30 seconds with Overdrive mode. The Zeus Mini has a rechargeable built-in battery that is promised to stay for up to six hours before running out of power.

If a new lighting accessory does not excite some GoPro fans, they might be delighted to hear that a recent information leak seemingly points to the Hero 9 camera. An unannounced GoPro product with model number SPBL1 appeared in an FCC filing. While the documents do not say much about technical specs and design, a screenshot of the camera’s UI seemingly shows a change in the main menu screen.

The menu previously named “Touch Display” appears to have been changed to “Displays” in the said screenshot. The word choice suggests the mystery GoPro device sports more than one screen; thus, the speculation that the Hero 9 could be released with two screens.