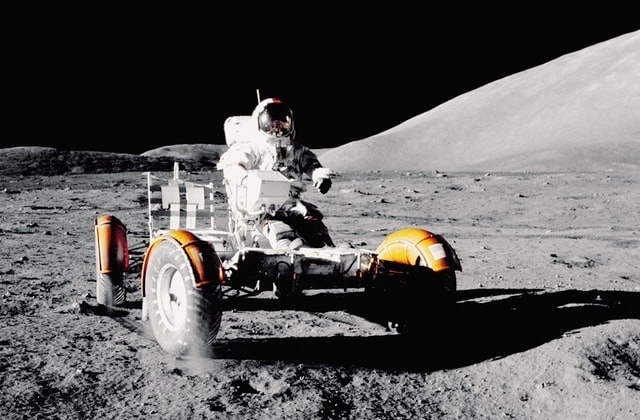 General Motors and Lockheed Martin have joined forces to create rental cars that will be used when navigating the Moon. The companies are developing Lunar Mobility Vehicles (LMV) that will provide transportation for astronauts who are visiting manned lunar missions and visiting the Earth's only natural satellite.

According to Fox Business, the team-up has a goal of having the lunar rover available ahead of the first manned Moon missions of the 21st century, which has been set for the year 2025. General Motors and Lockheed Martin are designing LMVs with autonomous driving capability and platforms that can carry humans or equipment around the surface of the Moon.

GM and Lockheed Martin are said to be moving forward with their space vehicle project without help from NASA's Artemis program that will bring astronauts to the lunar surface once again. This will mark the return of humans to the Moon, but the companies' LMV is not part of the government space agency's program. This means that the Lunar Mobility Vehicles are set to be launched without any government contracts to support them.

"The things that you would do to make a vehicle good in an off-road environment on Earth are the same things you would do on the Moon, it's just a shift in the numbers," GM's advanced vehicle dynamics lead engineer, Jeff Vogt said.

Moreover, the spokesperson of the Detroit, Michigan-headquartered automaker told Fox Business that the LMVs would be sent to the Moon before NASA's lunar mission then these will be available for rental to all government-led expeditions to the Moon. All countries are welcome to rent the space vehicles that will be recharged through solar power.

The lunar vehicles are given a 10-year life span, and GM and Lockheed Martin will soon launch them for the commercial space market. As announced by the companies last week, they will be developing more than one model of the moon rovers for space missions.

CNBC reported that GM and Lockheed will be testing the batteries that will be fitted on the LMVs in space later this year. This will become the first vehicle that uses batteries on the Moon.

"The interest around the world is tremendous," Lockheed Martin's director of product strategy and sales for lunar infrastructure services, Derek Hodgins, said in a separate statement.