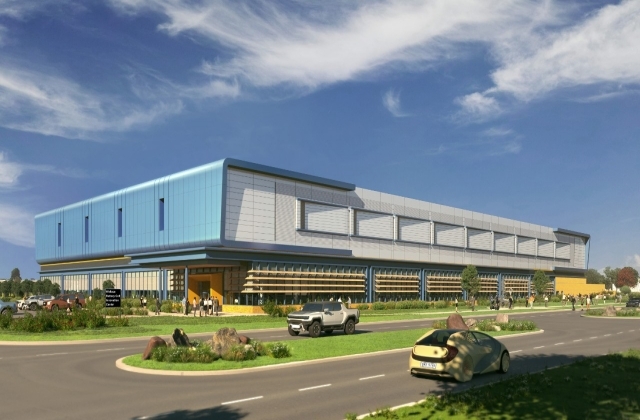 General Motors, an American automaker, announced this week that it is investing in opening a battery cell development center. It is currently being built in Michigan and the main goal for the new facility is to help lower the cost of electric vehicle lithium-ion batteries and support its gradual shift to EVs.

According to Reuters, General Motors is calling its newest facility, The Wallace Battery Cell Innovation Center. It will soon be completed and located at GM’s technical campus in Warren, Michigan.

The company said that the expected opening day is by mid-2022. By the fourth quarter of the opening year, the carmaker will start building prototype cells. GM stated that it will be shelling out around $35 billion until 2025 on developments and production of electric vehicles as well as autonomous vehicles.

“The Wallace Center will significantly ramp up development and production of our next-generation Ultium batteries and our ability to bring next-generation EV batteries to market,” GM’s executive vice president of global product development, purchasing, and supply chain, Doug Parks, said in a press release. “The addition of the Wallace Center is a massive expansion of our battery development operations and will be a key part of our plan to build cells that will be the basis of more affordable EVs with longer range in the future.”

The Wallace Battery Cell Innovation Center will mainly serve as General Motors’ EV battery development center. It was named after Bill Wallace who was the firm’s director of global battery systems before his passing three years ago. Moreover, GM is also targeting the elimination of emissions from its light vehicle model lineup by 2035.

“In addition to being a good friend, Bill was an innovator who enabled other innovators,” Parks went on to say. “He gave his team confidence to take risks and reach far beyond their wildest dreams in pursuit of our all-electric, zero-emissions future.”