FxWirePro: EURUSD trades above 1.1200 levels, good to buy on dips 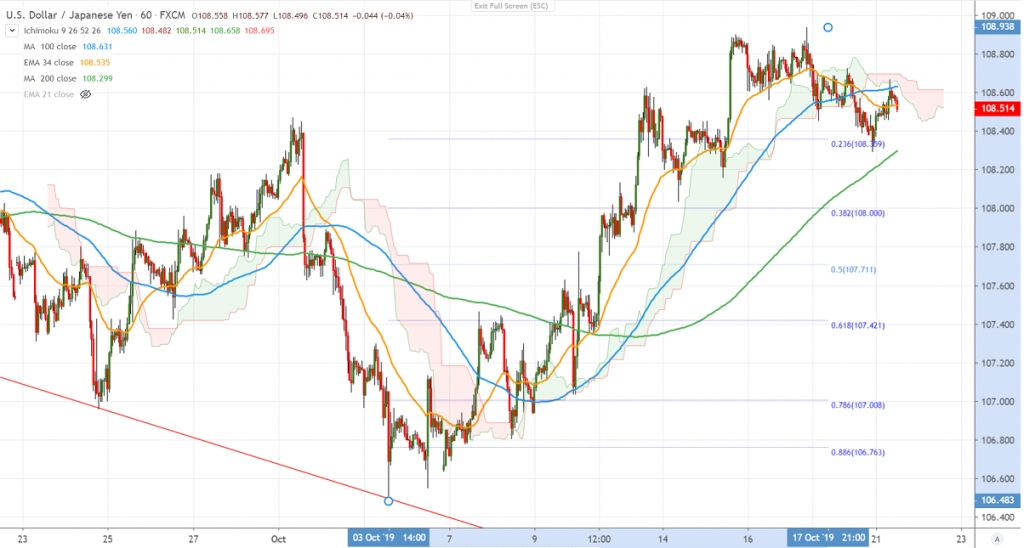 USDJPY is trading slightly weak after hitting a high of 108.66 at the time of writing. The intraday trend is still bullish as long as support 108.32 (200-H MA) holds. The strength in JPY came after UK MPs rejected the new Brexit deal. Markets eye US-China trade talks and further progress in Brexit for a major trend reversal.