FxWirePro: Preview Of FOMC And Trade Perspectives On Rates 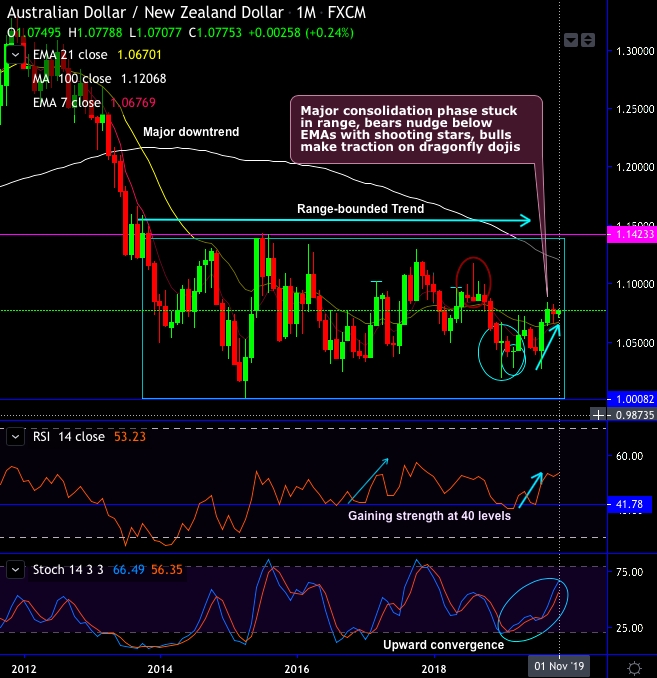 The main headline overnight is US-China trade deal optimism, helped by reports that the US may reverse tariffs imposed in September on over $110bn of Chinese imports. Consequently, Wall Street ended on record highs again. Elsewhere, the Reserve Bank of Australia left interest rates unchanged at 0.75%, as expected, while China’s Caixin services PMI was also in line with forecasts at 51.1.

The RBA probably wants to wait for a few more sets of domestic data and global developments before abandoning its dovish approach and assuming a more neutral one by taking out the sentence in its statement that it is “prepared to ease monetary policy further if needed”. The market also noticed the slightly more positive tone of the statement and lowered its rate cut expectations for the coming months a little, supporting the AUD. Combined with the chance of a trade agreement between China and the US it would seem that the AUD might be out of the woods as well.

The possibility of a trade agreement (albeit a small one) between China and the US and receding fears of a global recession principally mean that the USD is less in demand as a safe haven and the factors supporting it should be coming to an end.

AUDNZD has been oscillating between 1.1425 and 1.0025 levels from last 5 years or so (refer above chart). The upswings, from the last couple of days, are targeting 1.0685 levels with potential for even higher. The main driving forces at this juncture, is the reversal of NZ-AU yield spreads following the RBNZ’s shift to an easing bias (while the RBA remains neutral). AU economic data has been strong too (retail sales, trade). There’s little major economic news out this week, apart from consumer confidence.

AUDNZD Strangle Shorts: At spot reference: 1.0770 levels, contemplating the major trend that has been range-bounded (oscillating between 1.1425 and 1.0025 levels) and lower IV scenarios, it is prudent to write a (0.5%) out-of-the-money call and (0.5%) out-of-the-money put options of 1m tenor. The strategy can be executed at the net credit and certain yields would be derived in the form of initial premium received as long as the underlying spot FX remains between OTM strikes on the expiration.

Short hedge: Alternatively, contemplating above fundamental factors, on hedging grounds the long-term investors are advised to initiate shorts in AUDNZD futures contracts of November’19 delivery for the major downtrend.