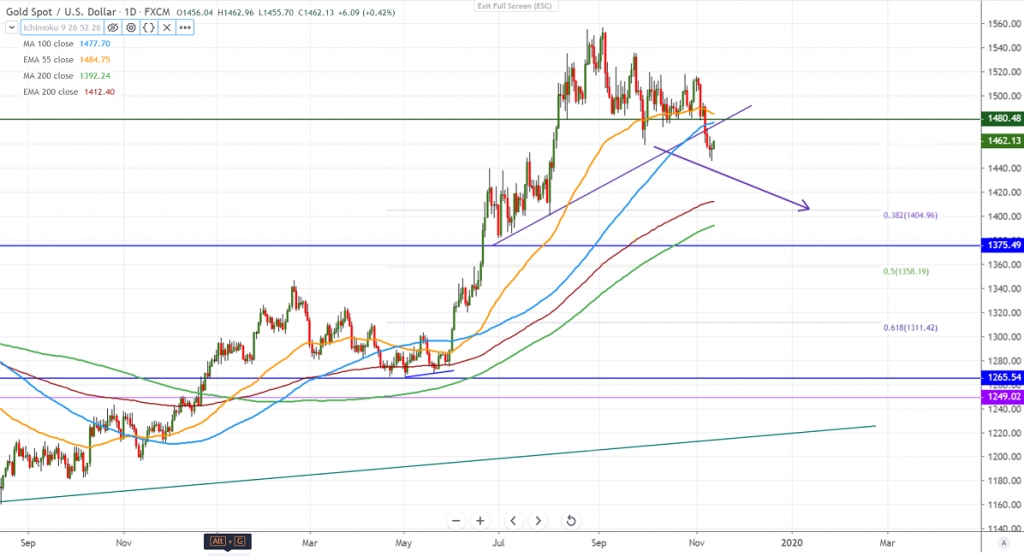 Gold recovered from fresh 3-month low on slight pessimism in the US-China trade deal. US President Trump said that the trade deal was"close" but didn't gave any new details on trade progress. The trade uncertainty and escalation of violence in Hongkong. DXY is consolidating near 98.40 level and any convincing break above targets 99/99.35. Markets eye US-CPI data for further direction. It is currently trading around $1462.

US 10-year yield is consolidating after hitting a high of 1.97%. The yield has jumped more than 15% this month and is currently trading at 1.94%.

Technically, major support is around $1450, any break below confirms bearish continuation, a decline till $1430/$1400 likely.