For some children born abroad, US citizenship has never been a guarantee 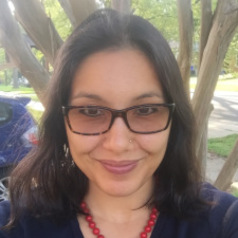 The Trump administration announced on Aug. 28 that it would revoke the longstanding policy of granting citizenship to some children of parents stationed abroad who are U.S. citizens and government employees or members of the U.S. armed forces.

Public uproar ensued, including the use of the hashtag #Trumphatesmilitaryfamilies.

The policy requires a more complicated application process for citizenship for children born to parents who became U.S. citizens after their children were born; who are U.S. citizens but have never lived in the U.S.; who are naturalized citizens and do not meet U.S. residency requirements; and to adopted children of parents serving overseas.

But historically, not all children born of U.S. citizen service members stationed overseas have been granted U.S. citizenship nor legal recognition.

In my book, “Global Borderlands: Fantasy, Violence and Empire in Subic Bay, Philippines,” I document the longstanding precariousness of U.S. citizenship for children born to Filipina mothers and U.S. servicemen.

Christopher Acebedo, now in his 40s, is the son of a Filipina woman and U.S. naval seaman who was stationed at the U.S. Subic Bay Naval Base in the Philippines in the late 1970s.

The U.S. Subic Bay Naval Base was a logistics and maintenance hub for the U.S. military during the Vietnam War and a popular destination for “rest and relaxation” for service personnel during that time.

His mother attempted an illegal abortion but failed. She gave birth to Christopher and abandoned him; he was raised by his grandmother. He eventually lived at the PREDA Center, a nonprofit organization run by Father Shay Cullen, an Irish missionary priest. The center helped sexually exploited women and children.

Christopher is just one of hundreds of thousands of Amerasian children across Southeast Asia who represent a legacy of the Vietnam War. Although I’m unaware of a global estimate, in the Philippines alone there are an estimated 23,000 to 50,000 Amerasians.

These children, whose mothers are local women and fathers are U.S. servicemen, are often born into poverty and face discrimination within their communities. Many are stigmatized in their home countries, since their mothers are presumed to be sex workers. They are often abandoned by their biological fathers and, at times, even their extended maternal family. Without their biological father’s legal recognition, they are not entitled to U.S. citizenship.

Christopher was one of three named Amerasian children, and one Filipina mother, in a class action lawsuit against the United States in 1993. This lawsuit was filed by American lawyer Joseph W. Cotchett on behalf of an estimated 8,600 Filipino Amerasian children in Olongapo, the city surrounding the former naval base.

The filers argued that the U.S. government shared “joint legal responsibility with those who fathered the children left behind with the withdrawal of the Naval personnel.” Because they were abandoned, Cotchett argued, the Amerasian children were entitled to damages.

Cotchett argued that the U.S. military entered into a contract with the Olongapo government when it helped establish and run a clinic since 1974 to treat sexually transmitted infections of local sex workers and when it assisted in regulating sex work in the area. As a consequence, the suit claimed, the U.S. military was jointly responsible for the children fathered by U.S. servicemen and the children were owed damages because they were abandoned after the U.S. military withdrew from the Philippines.

The case was dismissed by the U.S. Court of Federal Claims in 1993. Cotchett and his legal team failed to gain recognition or financial assistance for the Filipino Amerasian children left behind by the U.S. servicemen stationed at Subic Bay.

In 1981, Jeremiah Denton, a Republican senator from Alabama, introduced the Amerasian Act to Congress. The act would provide an immigration pathway for Amerasian children born in east and Southeast Asia during the Korean and Vietnam wars.

Although no reason is explicitly given as to why these countries were taken out of the proposed law, the Philippines and Japan have long hosted U.S. military bases. So, too, were these countries outside the combat zone, and contiguous land areas, ravaged by the Vietnam War.

In 1993, House Resolution 2429 was introduced to Congress by Lucien E. Blackwell, a black congressman and army veteran. This resolution would have added Filipino Amerasians into the Amerasian Act. But it died in a subcommittee, never even voted on by Congress.

For Amerasians included in the Amerasian Act, migration to the U.S. did not guarantee a good life or acceptance. According to Smithsonian Magazine, an estimated 26,000 Amerasians from Vietnam migrated to the U.S. through the multiple laws aimed at assisting this group.

“No more than 3% found their fathers in their adoptive homeland. Good jobs were scarce,” wrote David Lamb. “As many as half remained illiterate or semi-illiterate in both Vietnamese and English and never became U.S. citizens. The mainstream Vietnamese-American population looked down on them.”

Today, many, if not most, of the estimated 25,000 to 50,000 Amerasians in the Philippines remain without economic support. They do not have U.S. citizenship, because their biological fathers do not claim or legally recognize them, and neither does the U.S. military. Nor do they qualify for visa preference specified in the Amerasian Act.

U.S. citizenship has never been guaranteed to all children born to U.S. citizen service members. For those children born in the shadows of overseas U.S. military bases to local women, their citizenship status, ability to migrate to the U.S. and claims to financial support and legal recognition have long been contested.