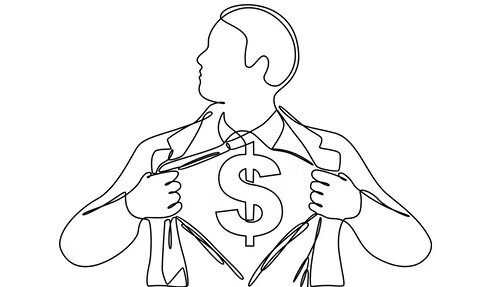 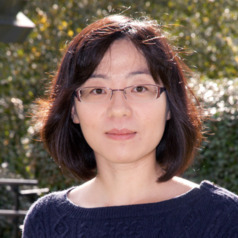 The US dollar has been on a major surge against major global currencies in the past year, recently hitting levels not seen in 20 years. It has gained 15% against the British pound, 16% against the euro and 23% against the Japanese yen.

The dollar is the world’s reserve currency, which means it is used in most international transactions. As a result, changes in its value have implications for the entire global economy. Below are five of the main ones. 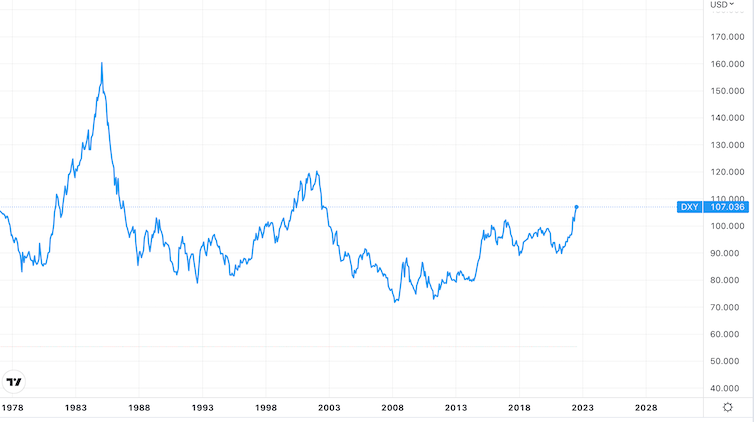 The US dollar index or DXY is the US dollar measured against a basket of world currencies. Trading View

Petrol and most commodities such as metals or timber are usually traded in US dollars (though with exceptions). So when the dollar gets stronger, these items cost more in local currency. For example in British pounds, the cost of US$100-worth of petrol has risen over the past year from £72 to £84. And since the price per litre of petrol in US dollars has risen steeply as well, it is creating a double whammy.

When energy and raw materials cost more, the prices of many products go up for consumers and businesses, causing inflation around the world. The only exception is the US, where a stronger dollar makes it cheaper to import consumer products and therefore could help to tame inflation.

Most developing countries owe their debt in US dollars, so many owe much more now than a year ago. As a result, many will struggle to find an ever increasing amount of local currency to service their debts.

We are already seeing this in Sri Lanka, and other countries may soon follow suit. They will either have to tax their economies more, issue inflationary local money or simply borrow more. The results could be deep recession, hyper-inflation, a sovereign debt crisis or all three together, depending on the path chosen. Developing countries which fall into sovereign debt crises can take years or even decades to recover, causing severe hardship to their people.

3. A bigger US trade deficit

Other countries will buy fewer US products as a result of the strong dollar. The US trade deficit, which is the difference between the amount of exports and imports, already runs close to a mammoth one trillion dollars per year. President Joe Biden and Donald Trump before him vowed to reduce it, particularly against China. Some economists worry that the trade deficit drives up US borrowing and reflects the fact that many manufacturing jobs have moved overseas.

US trade deficit as a % GDP

4. De-globalisation to get worse

The most obvious economic policy to prevent a trade deficit from growing is the old game of imposing tariffs, quotas or other barriers on imports. Other countries tend to retaliate against such protectionism, adding their own taxes and other barriers to US products. In an era when “de-globalisation” has already begun thanks to worsening western relations with Russia and China, a stronger dollar adds to the political momentum for protectionism and threatens global trade.

Weaker EU member states such as Portugal, Ireland, Greece and Cyprus have become somewhat less vulnerable to investors driving up their borrowing costs to crisis levels than during the darkest days of the eurozone crisis. This is because much of their national debt is now in the hands of the the European Stability Mechanism (ESM), which was set up to help rescue them, as well as friendlier investment banks within the eurozone.

However, the stronger dollar is creating pressure for the European Central Bank to raise its own interest rates to prop up the euro and subdue the cost of imports, including energy. This will put more pressure on eurozone countries with high levels of debt. Italy, which is the ninth largest economy in the world and has government debts at a whopping 150% of GDP, would be particularly hard to bail out if the situation got out of control.

Bringing these five points together, the ultra-strong dollar is yet another reason to fear a global recession in the coming period. Higher inflation erodes consumer incomes and reduces consumption. Protectionism can reduce international trade and investment. Sovereign debt crises mean serious trouble for many developing countries and possibly even the eurozone.

Will the dollar keep rising?

The dollar has been rising for both economic and geopolitical reasons. The central bank of the US – the Federal Reserve – has been hiking interest rates aggressively and also reversing its policy of creating money via quantitative easing (QE). This is with a view to curbing inflation caused by COVID supply issues, the war in Ukraine and also QE.

The stronger US dollar is a side effect of these higher interest rates. Because the dollar now offers a higher yield when deposited in a US bank, it encourages foreign investors to sell their local currency and buy US dollars.

Of course, central banks in other jurisdictions such as the UK have also been raising interest rates, and the eurozone is planning to do likewise. But they are not acting as aggressively as the US. Meanwhile Japan is not tightening at all, so the net result is still greater overseas demand for greenbacks.

The other reason for the surging US dollar is because it is a classic safe haven when the world is worried about a recession – and the current geopolitical situation is arguably making it still more appealing. The euro has suffered from the EU’s proximity to the war in Ukraine, its exposure to Russian energy and the prospect of another eurozone crisis. It is close to dollar parity for the first time since its early years. 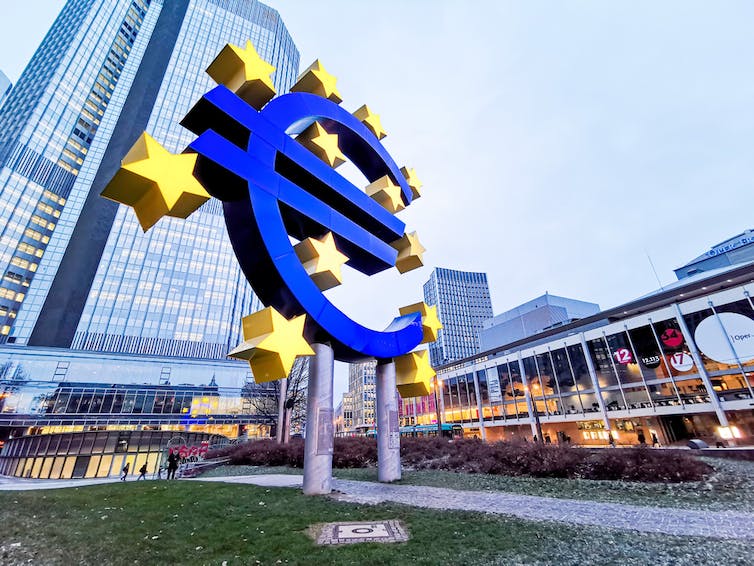 The euro is in trouble. Ilolab

The British pound has been hit by Brexit and is also facing the prospect of a second Scottish independence referendum and a potential trade war with the EU over the Northern Ireland protocol. Finally, the yen belongs to an economy that seems to be slowly losing ground. Japan is ageing and is still not comfortable with migration to boost its production capabilities. A weaker yen is also the price that Japan pays for continuing QE to keep the interest rates low on its government debt.

It is difficult to predict the future direction of the US dollar when there are so many moving parts in the world economy. But we suspect that persistent inflation will force US interest rates to keep rising, and that together with geopolitical shocks from war and sovereign debt defaults, it will probably keep the dollar high. A strong US dollar is a response to troubled times.