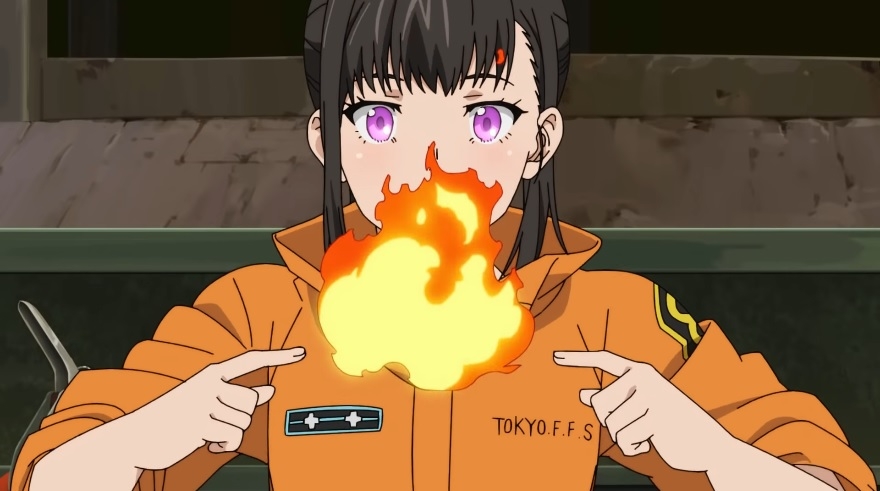 It has been revealed that the White Clads have set up the Fire Force members and are planning to make the Tokyo Empire go extinct. What the enemies did not realize is that someone in Company 8 is the perfect person to stop their plans and save the people in “Fire Force” season 2 episode 22.

“Fire Force” season 2 episode 22 will pick up from the point where Licht realized what the White Clad is planning to do. To recap, the enemies are using the Infernals to form enough heat source to make the entire Nether collapse while the Fire Force is still inside. But that is not the only thing on their to-do list because their ultimate goal is to cause enough destruction that would lead to the total collapse of the Tokyo Empire.

That explains why “Fire Force” season 2 episode 22 is officially titled “Plot for Extinction.” While the White Clad’s plan seems perfect, they did not consider the ability of one specific member of Company 8. Maki is one of the strongest among the Second Generation Fire Soldiers and can manipulate fire at a wider range than normal. She also happens to be getting real-time updates on the Nether joint investigation, thanks to a communicator that Vulcan gave her before she transferred.

Maki will work with his brother, who has memorized the entire layout of the Nether, to divert the flames into various exit points to avoid one giant explosion that would kill them in the Nether and destroy the Tokyo Empire. Based on the events from the manga, the Fire Force should be successful in stopping the so-called plot for extinction much to the surprise of the White Clads.

What is happening to Sho Kusakabe?

While Licht is briefing the other Fire Force members, Shinra continues fighting Dr. Giovanni. The latter taunts Shinra by saying that his brother, Sho, has been behaving well while being captured. Sho appears in the short video teaser for “Fire Force” season 2 episode 22 where his eyes appear stunned suggesting that Haumea already had him brainwashed.

“Fire Force” season 2 episode 22 will be released on Saturday, Nov. 28. Fans can watch it on the same day it airs in Japan through official streaming sites, including AnimeLab, Crunchyroll, and Funimation.