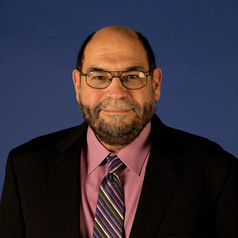 Once upon a time, not long ago, Mexicans dominated the flow of migrants coming to the U.S. Mexican migration expanded over the course of much of the 20th century and into the start of the 21st century.

That is no longer the case.

The number of Mexican migrants fell during the economic recession and has continued to fall further after the U.S. economy recovered.

The downturn of Mexican migration

Data from the annual American Community Surveys, which I analyze in my research on Mexican migration, show that the number of foreign-born Mexicans migrating to the U.S. in the previous year fell from 2003 to 2017.

The share of Mexicans among all foreign-born persons who migrated to the U.S. dwindled sharply in the same time period, from 28.9% to 9.6%. Mexico fell from the country that sent the most migrants to the U.S. to third place, behind India and China.

The decline in Mexican migration is evident across the nation. Only nine states, including Louisiana, Massachusetts and Montana, which have very small Mexican-origin populations, experienced minor growth of Mexican migrants between the 2003-2007 and the 2013-2017 periods.

California saw a decline between those periods of 275,000 Mexican migrants and Texas a decrease of nearly 104,000.

Twenty-five states received fewer than half as many migrants from Mexico than a decade earlier.

But surely, this decline is not unique to Mexican migrants. Right?

Actually, there are more overall migrants coming to the U.S. than a decade ago. Mexico stands out in its diminished number of migrants to the U.S.

In fact, the U.S. saw an 81% increase in migrants from the Spanish-speaking Latin American and Caribbean countries, increasing from nearly 726,000 in 2003-2007 to slightly more than 1.3 million in 2013-2017. The number of migrants from Asia more than doubled, and the number from Africa increased 86%.

These trends are consistent across the U.S. During the same timespan that only nine states posted gains in Mexican migrant newcomers, 48 states did so across all migrants.

There are numerous explanations for the unique plunge in Mexican migration.

For example, with the increasing militarization of the U.S.-Mexico border since 9/11 it has become more difficult to cross the border. The pay required by coyotes, or human smugglers, has risen exorbitantly over the last decade.

In addition, the Obama and Trump administrations increased significantly the number of people detained and deported from the U.S., many of them from Mexico.

Moreover, the economy in Mexico has improved, and Mexican workers have more employment options at home. Mexico is a world leader in the preparation of engineers and computer scientists, with its number of engineers almost tripling between 2000 and 2015.

Furthermore, the fertility rate in Mexico has dropped, from women having an average of approximately 7 births in 1960 to 2.1 in 2019. The population pressure to create jobs for a large youthful workforce continues to diminish in Mexico and likely will continue to do so in the coming decades.

What the future holds

There is evidence that Mexicans migrating to the U.S. today are significantly different than their counterparts making the move more than a decade ago.

Traditionally, Mexican migrants have been primarily males with limited educational and economic resources. They clustered in certain low-wage jobs in the agriculture, construction and service sectors.

However, as my own work has shown, recent Mexican migrants tend to have a higher level of education and a greater fluency in English. A higher percentage are U.S. naturalized citizens.

In addition, a May report from the Migration Policy Institute, a D.C. think tank, noted the recent significant increase of skilled Mexican migrants in the U.S.

Will the level of migration from Mexico to the U.S. rebound to the levels observed at the close of the 20th and beginning of the 21st century? In my view, it is unlikely.

Mexico is undergoing a significant demographic shift that will result in an aging population and workforce, as well as a significant technological transformation that is associated with a growing number of Mexicans in science and technology fields.

I also suspect that the Trump administration’s harsh rhetoric and negative depiction of Mexicans, along with the mass shooting in El Paso targeting Mexican “invaders,” also makes Mexicans even more hesitant to come to this country.