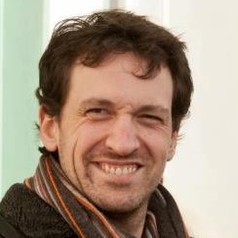 After three days of national mourning, the Spanish dictator Francisco Franco was buried in a large crypt in the Valley of the Fallen, a state mausoleum outside Madrid, in 1975. The location of his remains became a place of pilgrimage and fascist glorification for the next 44 years.

But now those remains have been exhumed and moved – to a public cemetery near Madrid. His new resting place, where Franco’s wife was buried in 1988, is a far cry from what the dictator himself described as “a grandiose temple for our dead, in which, for centuries, people will pray for the souls of those fallen for God and their Fatherland”.

Built after the end of the Spanish Civil War by up to 20,000 political prisoners in the mountains of Guadarrama, the Valley of the Fallen took 18 years to complete, and sits dramatically under the shadow of a 152 metre Christian cross.

Inside the basilica rest the remains of the fallen during the civil war, from both sides. With 33,847 people buried there, transported from all over the country between 1959 and 1983, it is one of the biggest mass graves in the world, with more than 12,400 corpses still unidentified.

Franco called the burial site a place of “atonement and reconciliation”. But the truth is that it has never been a symbol of unity. Instead it became a monument of fascist propaganda.

From its opening in 1959, burying murdered republicans under the same roof as their enemies was a permanent act of political humiliation. Doing it under a religion which many of them explicitly fought against simply added insult to injury.

This is why the monument continues to be controversial in contemporary Spain. When the socialist government passed its Historical Memory Law in 2007, the future of the Valley was one of the items in the agenda.

That law explicitly condemned Franco’s regime, and promised to finally recognise the victims of the war. It also promised state aid to help identify and exhume those victims, the removal of Francoist symbols from public spaces, and the prohibition of celebratory fascist events in the valley.

Then in 2011, a Commission for the Future of the Valley of the Fallen was created, which recommended that the valley should become a place to commemorate the dead of the civil war. This would include setting up an educational centre to set the valley in its historical context – and crucially, the removal of Franco’s remains.

The report they produced was published on November 29 2011, nine days after the conservative party PP had won the elections. This meant in practice that the application of the Historical Memory Law, including any recommendations for the Valley, would become frozen for almost a decade.

The PP party had always been reluctant to condemn Spain’s Francoist past. Its (lame) excuse for this view was that the country should look forward rather than backwards, and that dealing with such issues would merely serve to reopen old wounds.

It wasn’t until 2017 when the Socialist party filed a non-binding motion to exhume the body that won the support of a large majority of Parliament that progress was made.

After a motion of no-confidence that ousted the conservative leader, Mariano Rajoy, in 2018, socialist president Pedro Sánchez announced the government’s intention to resume work and exhume Franco’s body in an attempt to comply with the law and recommendations, and to “symbolically close the circle of Spanish democracy”.

Despite fierce opposition from the Franco family and the Benedictine community in the valley, the Supreme Court finally gave permission to exhume the body in September 2018.

With a general election fast approaching, the socialist government has been accused from both sides for using “Franco’s mummy” for political gain. The leader of anti-austerity party Podemos claimed it was a distraction from Sánchez’s failed policies on Catalonia.

But in terms of popular support, the issue does not seem to bother most Spaniards, with 42% approving the removal of the dictator’s remains.

And so finally, after 44 years, Franco is finally denied his own state-run mausoleum at one of the largest basilicas in the world. And 44 long years until Spaniards finally see the dictator denied the privilege of lying in a place built on the blood and suffering of republican prisoners.

Franco’s ghost has been haunting Spain for decades. It is now time for the country to rest in peace. Hopefully this powerful act will just be the beginning.