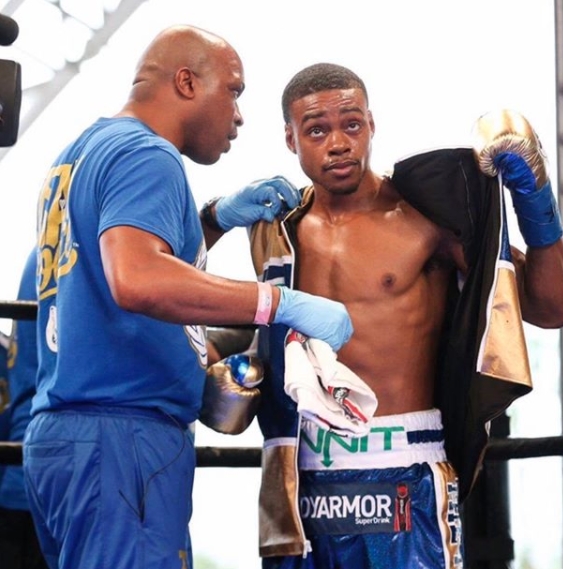 According to Porter, his friend Crawford has more offensive tools than Spence in his arsenal.

Many boxing fanatics have always wondered who would win between Spence and Crawford, and Porter says it would be Crawford and that he is not being biased by choosing his friend.

However, boxing analysts are also of the opinion that with what Crawford had shown during his last fight, wherein he defended his WBO title against Egidijus Kavaliauskas of Lithuania last December, they would have to conclude that Spence would come out as the victor.

Although Crawford successfully defended his title via a ninth-round TKO (technical knockout), he still got hurt a lot before managing to wear down the undefeated Lithuanian pug. However, it could also be that the bout was more competitive than they were expecting.

It could also be that Porter is choosing Crawford because he is still bitter about losing his WBC title to Errol Spence via s split decision last September, which many said could have been the fight of 2019 if the Naoya Inoue vs. Nonito Donaire had not happened at the end of the year.

So, how does Spence and Crawford stack up against each other? Crawford holds multiple world championships in three weight divisions and holds an impressive record of 36-0 with 27 wins via knockout.

Spence, on the other hand, unified the IBF and WBC welterweight belts when he won over Porter, and like Crawford is so far undefeated with a record of 26-0 with 21 wins by way of knockout.

And, Spence is just two years younger than Crawford.

Spence, however, has not replied to any taunts, including a challenge that Keith Thurman had thrown at him earlier this month.

The only response that came from Spence was a face of the ape emoji, which he twitted in response to the announcement of the Gervonta Davis vs. Leo Santa Cruz bout on October 24 on Showtime Pay-Per-View.

There were reports that the Premier Boxing Champions (PBC) is cooking up a Spence vs. Manny Pacquiao fight this year on Pay-Per-View, but it looks like the former would instead go up against Danny Garcia, the top contender, later this year.

Errol Spence Jr., however, is still on the course of recovering from a car accident, which he miraculously survived with no broken bones last October.