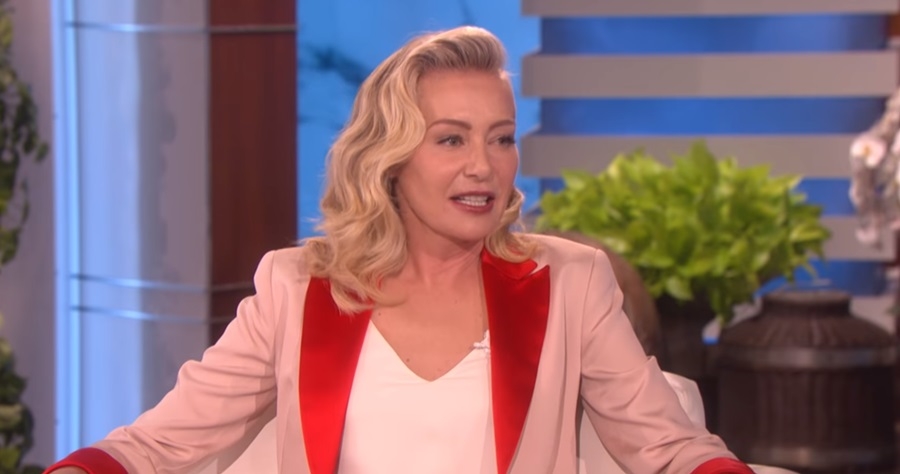 Photo via Screenshot of TheEllenShow/Youtube

Ellen DeGeneres and Portia De Rossi have been married for 10 years and the couple is as happy as ever. Despite being buffeted by rumors throughout their relationship, the false claims don’t seem to be making a dent on the pair’s romance.

Indeed, even their body language is quite telling that Ellen DeGeneres and Portia De Rossi are still very much in love. Their Instagram accounts are also filled with loving photos that highlight this very fact.

Still, gossip outlets maintain that behind closed doors, Ellen DeGeneres and Portia De Rossi have been secretly fighting. So much so that the talk-show host apparently went and bought a multimillion-dollar home without her wife’s consent, Star (via Gossip Cop) reported back in February.

The information supposedly came from an inside source who is privy to the life of Ellen DeGeneres and Portia De Rossi. However, it’s easy to tell that this story is a fabricated one mainly due to the tabloid’s reputation. It’s a well-known fact by now that Star is one of those tabloids that consistently churns out unsubstantiated stories involving A-List celebrities.

For instance, Star published an article in January claiming that Portia De Rossi is divorcing Ellen DeGeneres due to the latter siding with Kevin Hart about his homophobic tweet years ago. Three months later and nothing ever came off the claim.

The truth of the matter is that there’s no apparent proof that Ellen DeGeneres and Portia De Rossi is at odds with each other. In fact, the opposite can be found through the various interviews and social media posts by the pair.

Ellen DeGeneres even said that she’s aware of these allegations and simply ignores them whenever a recycled rumor pops up. The talk show host has time and again expressed her gratitude for having Portia De Rossi in her life. For her part, the “Arrested Development” actress feels the same way and has made huge gestures of affection towards her wife on various occasions.