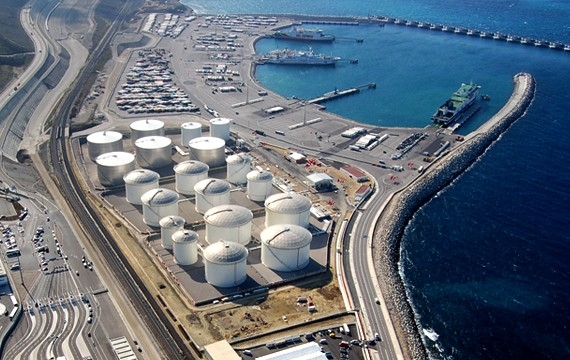 ENOC's terminals are servicing a significant increase in storage demand.

The Emirates National Oil Company (ENOC) Group has reported a significant surge in demand for storage across its terminals in the UAE, Saudi Arabia, Morocco, Djibouti, and Singapore.

ENOC Group, through its wholly-owned subsidiary and independent terminal, Horizon Terminals, owns and operates six terminals in the UAE and four more overseas with a combined storage capacity of 6.6 million cubic meters across 346 tanks.

The company also anticipates storage demand for low-sulfur fuel oil to increase and remain steady until the end of 2021 with the International Maritime Organisation's regulations reducing the allowable sulfur emissions from ships from 3.5 percent to 0.5 percent.

With customers seeking more storage due to the plummeting demand for oil caused by the Covid-19 crisis, there is also increased demand for bulk liquid storage at its facilities.

Al Falasi noted that they have scaled up their storage infrastructure in the past years, putting them in a unique position to meet the growing storage demand.

He added that their company's goal is to be the biggest independent bulk oil storage terminal service provider in the Middle East, the Mediterranean, and Africa and while maintaining a significant position in the Far East.

Horizon Terminals has enforced measures to ensure business continuity during the health crisis, such as managing a standby fleet of tankers to transport products between Jebel Ali and Fujairah.