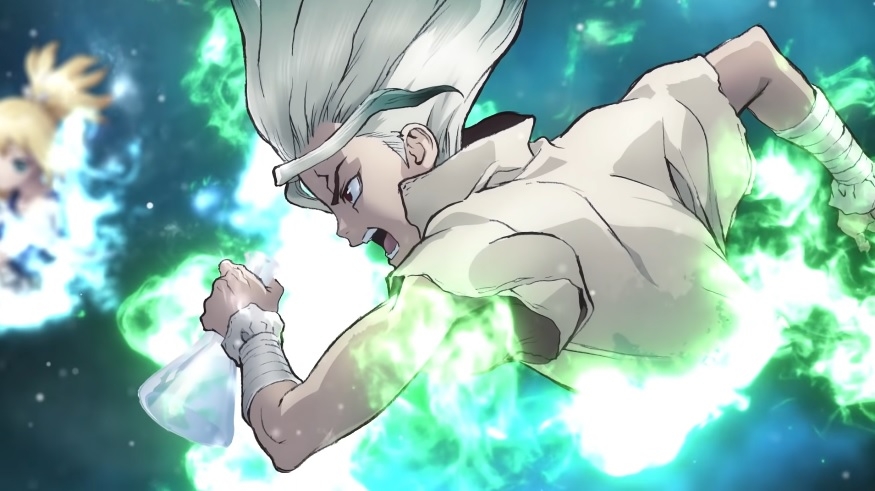 The genius boy Senku and his friends’ adventures are confirmed to continue on the small screen through the release of “Dr. Stone” season 2. However, fans will still have to wait for several months to see it happen. Luckily, the anime adaptation’s narration is close to how the events unfold in the manga. That means viewers are not entirely clueless as to how the Stone Wars saga will continue next year.

‘Dr. Stone’ season 2 spoilers: Events from season 1 that could be revisited in the premiere

Some key events from season 1 will be revisited and have significance in what will happen at the start of “Dr. Stone” season 2. For one, Senku’s invention of the first cellphone on the new world will play a huge role in their next plans on how to win against Tsukasa’s army.

It will be Gen’s idea, likely in “Dr. Stone” season 2 episode 1, to use the device and mimic Lillian’s voice and tell the army that a new society has been established in America. They believe this would convince Tsukasa’s followers into joining Senku’s Kingdom of Science, so Senku and Chrome agree doing Gen’s plan.

For the plan to work, they will have to sneak in the cellphone to the hands of Taiju and Yuzuriha at the start of “Dr. Stone” season 2. It can be recalled that Senku sent the duo in an earlier episode of season 1 to infiltrate the Tsukasa Empire.

Delivering the cellphone will not be an easy feat, though. It will be a difficult task because of the threat that Homura poses. Senku will try to navigate around this obstacle with the use of detonating gas as a distraction. This is likely the first action-packed sequence in “Dr. Stone” season 2 episode 1. Kohaku and Magma will also be involved with the former facing Homura and the latter to be assigned in the team that will deliver the cellphone to Taiju and Yuzuriha.

The events narrated above are based on the next manga chapters following the ones covered in the season 1 finale. So unless the producers decide to drastically change the way the story goes, that is more likely what happens in “Dr. Stone” season 2 episode 1.

What’s more certain is that the “Dr. Stone” season 2 will delve deeper into the Stone Wars saga, aka the rest of the Communications Arc. The next season is confirmed to premiere in January 2021.