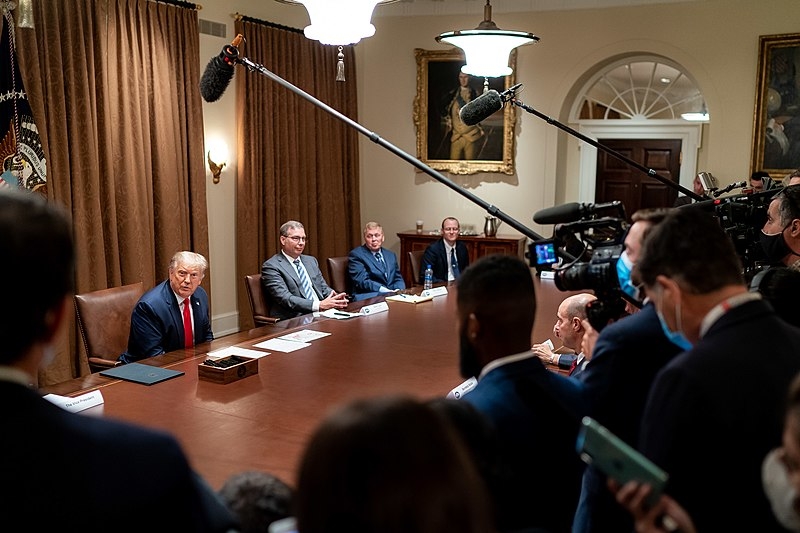 Donald Trump is the Republican party’s nomination, running for reelection in the November elections against former vice president Joe Biden. As the COVID-19 pandemic further shakes up plans to hold in-person events, Trump revealed that he may be delivering his Republican nomination address from the White House.

In his latest interview with Fox & Friends, Trump said he is planning to give the speech from the White House. This follows the cancellation of the RNC convention in Charlotte, North Carolina out of safety concerns. Trump previously cancelled holding the convention in Jacksonville, Florida for the same reason, especially as the state experienced a surge in COVID-19 cases.

While Trump’s renomination speech is not in direct violation of the Hatch Act, which generally does not allow federal property and employees to be used for political reasons, according to former Office of Government Ethics head Walter Shaub, this has the kind of optics that is seen in authoritarian countries. Shaub added that it is also disrespectful to the White House in itself to be used for a political event. By delivering his RNC speech from the White House, Trump also risks White House staff to violate the Hatch Act.

It should be noted that Trump’s predecessors have limited political activity in the White House as much as possible.

Meanwhile, the Trump campaign has requested that the first presidential debate against Joe Biden take place earlier, specifically early September instead of it taking place on September 29. The campaign has also provided a list of possible people to tap as moderators for said debate. The list of moderators is known to be Fox News personalities, with the exception of Chris Wallace, who previously interviewed Trump several weeks ago, and has challenged his claims about certain issues.