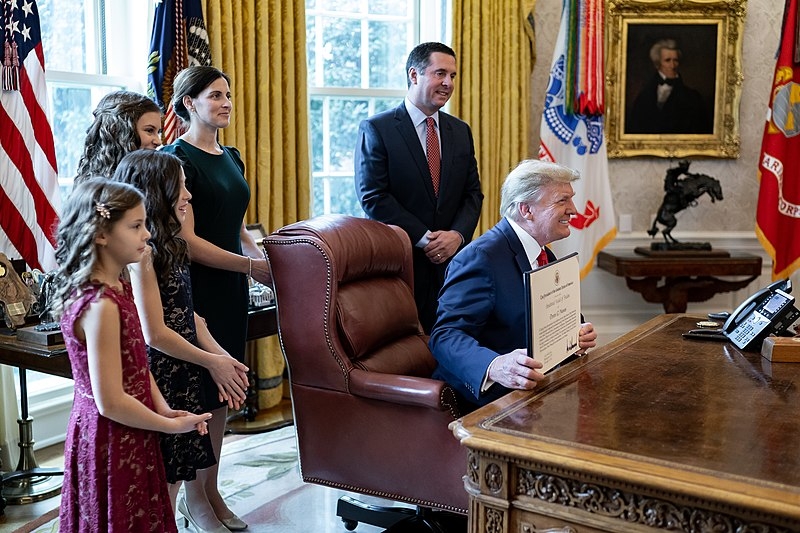 There are less than two weeks left until Joe Biden’s inauguration as the next president, and many are anticipating what Donald Trump may decide to do next. A new report reveals that Trump expressed outrage over the mob that stormed the Capitol but for a different reason.

Over the weekend, someone familiar with matters in the White House revealed that as the violence unleashed by the pro-Trump mob ensued, the outgoing president was furious as he saw it all happening on television. However, Trump was reportedly furious not because of the four lives that were claimed from the clash between the mob and the Capitol police, including the officer that was struck by a fire extinguisher. Trump was revealed to have been furious at the state of the mob that was supporting him, a case of secondhand embarrassment.

“He was angry, not at the appalling crimes they were committing, but because he felt embarrassed,” said the White House source. “When they first stormed the Capitol, he was enjoying it. These were ‘his people.’ But when he saw pictures of the half-naked guy in the fur hat he started complaining they looked ‘cheap and poor.’”

Aside from suffering from secondhand embarrassment, Trump also refused to answer calls from his closest advisers, including his vice president Mike Pence. Pence reportedly urged him to make a televised address about the chaos while stopping them. Trump refused and said that the people that were clashing with the Capitol Police were supporting him.

The violence that occurred in the Capitol was the latest attempt, mostly by Trump’s supporters, to try and undermine Biden’s election victory. Congress has since formally certified the win, with Pence making the formal acknowledgment.

With 10 days left until Trump is to leave office, more actions have been taken against him not only by politicians but also by the social media platforms. Following the temporary restriction made by the platforms, Twitter was among those who permanently suspended his account. The social media platform stated that its decision to permanently suspend Trump from Twitter was due to his “risk of further incitement of violence” after the events of last week.