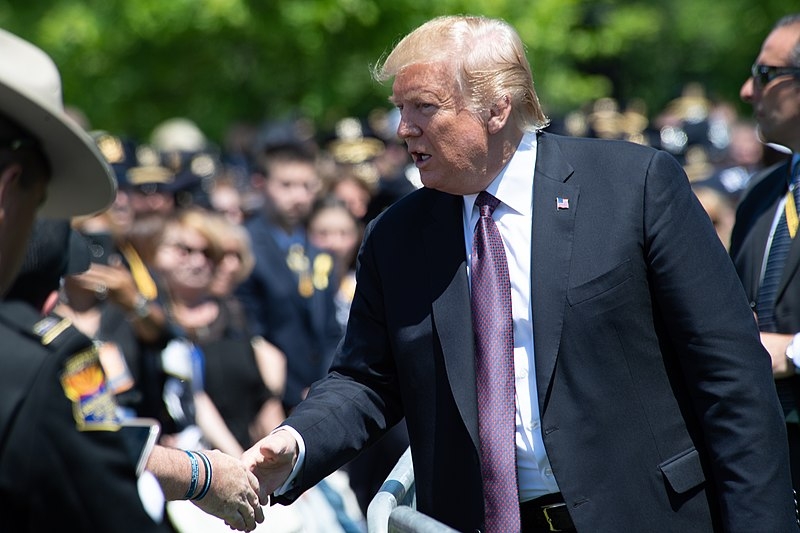 Several weeks ago, President Donald Trump targeted social media platforms through an executive order that makes them liable for the content that is being shared. However, Trump’s favorite social media platform, Twitter, has flagged another one of his messages involving the protesters at Washington DC.

CNBC reports that the social media platform placed a warning label over Trump’s recent tweet saying that the president violated its policies against abusive behavior. Twitter explained that the tweet was a violation of its policy as it threatens to harm a specific group. The message in question was about the protesters in Washington DC trying to create an “Autonomous Zone” and that the protesters who will attempt to create one will be met with force.

Prior to Trump’s tweet, a group of protesters attempted to topple down the statue of former president Andrew Jackson. The protesters later tried to set up an area near the Black Lives Matter plaza as a “Black House Autonomous Zone.” They were eventually removed by the police. A similar occurrence happened in Seattle earlier this month.

This is the latest in Twitter’s efforts in monitoring Trump’s tweets. Previously, Twitter placed fact-check tags on two of Trump’s tweets regarding mail-in voting, which provided links to information from news outlets. Twitter also placed a warning label over another one of Trump’s tweets before, for violating its policies about “glorifying violence.” Trump later lashed out at the platform, threatening to shut down the social networking sites. The executive order he would later sign was mostly seen as his retaliation towards Twitter for flagging his tweets.

Meanwhile, Trump’s younger brother, Robert Trump, filed a temporary restraining order against their niece, Mary Trump in an attempt to block publication of her upcoming tell-all book, Too Much and Never Enough: How My Family Created the World’s Most Dangerous Man. Robert Trump is represented by Charles Harder, who also represents the president. Robert Trump argued that their niece was breaking the confidentiality agreement by publishing such a book.

When Fred Trump passed away, there was some litigation that occurred over the will, and as part of the settlement, everyone involved was to agree to a confidentiality provision, Mary Trump included.

However, Mary Trump’s attorney, Ted Boutrous, responded to the filing in a statement. “They are pursuing this unlawful restraint because they do not want the American people to know the truth.”