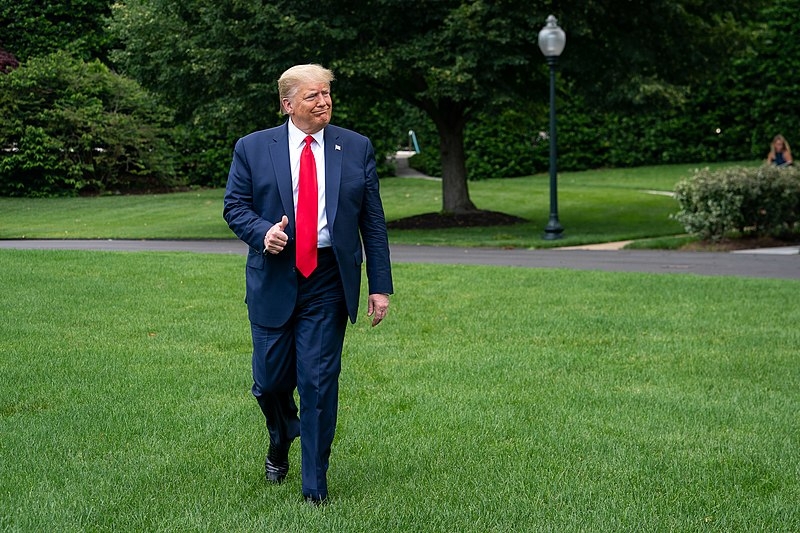 NFL player Colin Kaepernick was a target of President Donald Trump’s fury back when he started the debate of “taking a knee” at the National Anthem in 2016. As the issue of racial equality is placed front and center after the killing of George Floyd, Trump appears to reverse his opinions of the NFL player by saying he would support Kaepernick if he were to return to the NFL.

Speaking to WJLA’s Scott Thurman at the White House, Trump was asked if he would support Kaepernick’s return to the NFL. Trump said he would. “The answer is absolutely I would. As far as kneeling, I would love to see him get another shot. But obviously he has to be able to play well. If he can’t play well, I think it would be very unfair,” said the president. Trump, during his presidential campaign back in a political rally, called for Kaepernick to be expelled from the NFL for kneeling down during the National Anthem. This was a move that Trump has widely criticized and even went so far as to say “get that son of a bitch off the field” to Kaepernick.

Kaepernick knelt down on one knee when the anthem was played at the beginning of the game, as a form of protest against police brutality.

The NFL has since shifted viewpoints on taking a knee, especially at a time of civil unrest because of racial prejudice that continues to be an issue today. NFL Commissioner Roger Goodell admitted that the league in itself did not do well by trying to suppress the protests, and has since stated that “Black Lives Matter,” after increasing calls from its African-American athletes to speak up.

Meanwhile, author Bob Woodward is set to publish another book about the Trump administration which will be out in September this year. The title and cover of the book have yet to be released, and according to sources familiar with the matter, Woodward has been working on the follow-up to his first book about the administration titled Fear, for the past 18 months.

Trump revealed in January that he sat down with Woodward for an interview, which appeared to be a surprise for many. Trump was critical of Fear when it came out despite being invited to sit down for an interview.