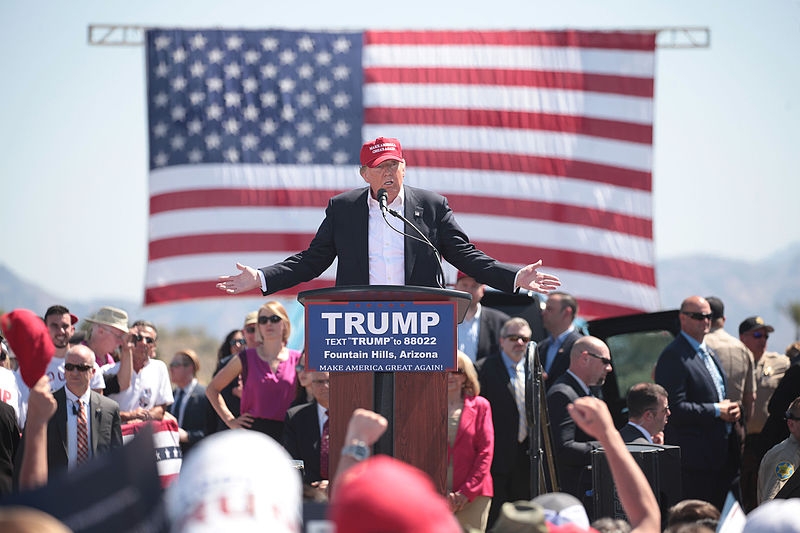 At the recent NASCAR Daytona 500 race, President Donald Trump along with First Lady Melania Trump made an appearance to welcome guests and supporters. As Trump was to give his welcome speech, many noticed how he was struggling to read.

Among the points of criticism when it comes to Donald Trump is his health. His condition is something that is often questioned over the years since becoming President. Politicalflare reports that Trump arrived at the NASCAR event alongside Melania, where they greeted Trump supporters and racing fans. After making an entrance with Air Force One, Trump also drove a lap around the track as part of his duties as grand marshal and privately met with the racers for an introduction. Trump was also at the event to give his welcoming speech to mark the start of the racing season, thanking everyone that was present and involved in the race. Trump also mentioned the military, the veterans, and the new people who enlisted in the army.

Trump is the second president after George Bush in 2004, to serve as grand marshal, giving the signal for drivers to start their engines. Footage of Trump’s opening remarks was shared online, and many noticed how the President was struggling to read the speech that was prepared, supposedly using his finger to read each word. Some netizens commented that Trump may have forgotten his reading glasses at the White House, or that Trump is too vain to read with glasses at a public event. One commenter even said that they have never seen anyone above the age of nine read in the manner Trump was showing.

Many netizens on social media also commented on how the President and First Lady already left the venue before it began, and a new report reveals why they had to depart earlier than expected. Politico reports that the President and First Lady flew back to Washington to attend the wedding of one of his senior advisers, Stephen Miller to Katie Waldman, who is the press secretary of Vice President Mike Pence. Miller and Waldman’s wedding took place at one of the Trump International Hotels.