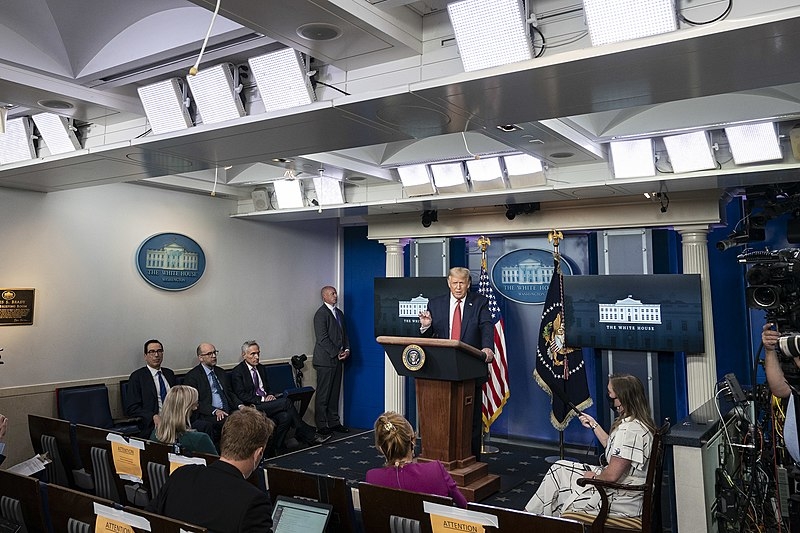 Lawmakers and other officials are scrambling on efforts to keep the COVID-19 pandemic under control in the US but have only seen a rise in cases and deaths. In the latest press briefing at the White House, Donald Trump has called for Americans to cease making the pandemic about politics.

The COVID-19 pandemic has now seen over five million cases in the US with a death toll of over 164,000, making the United States the worst-hit country in the world since the outbreak in December 2019. During the latest White House press briefing, Trump has urged Americans to stop politicizing the pandemic and instead lay blame on China, where the outbreak began.

In the midst of touching on the evictions that millions of Americans will be facing following the expiration of the federal relief efforts, Trump went on to blame China. “It’s not their fault. The virus came from China. It’s China’s fault,” said the president.

Trump went on to call COVID-19 as “China virus,” a name he has often given the pandemic which has since earned him backlash. Trump claimed that half the overall deaths from the pandemic were from nursing homes and care facilities, as the elderly are the most at risk of contracting COVID-19. Since the surge of cases in the US, Trump has repeatedly blamed China for the extent of the virus. However, health officials have stated that the administration’s response to the pandemic was the reason why millions of Americans today are infected.

Aside from the pandemic, Trump also reiterated his previous comments that he is considering inviting Russian President Vladimir Putin to the upcoming G7 meeting. The G7 meeting this year - made up of leaders from the US, Germany, Canada, the UK, Italy, and France - was postponed out of safety concerns. Russia was originally a member of the group, then known as G8, but was removed following the country’s annexation of Crimea, a region in Ukraine.

However, Germany, Canada, France, and the UK have all opposed the decision to reinvite Russia into the group.