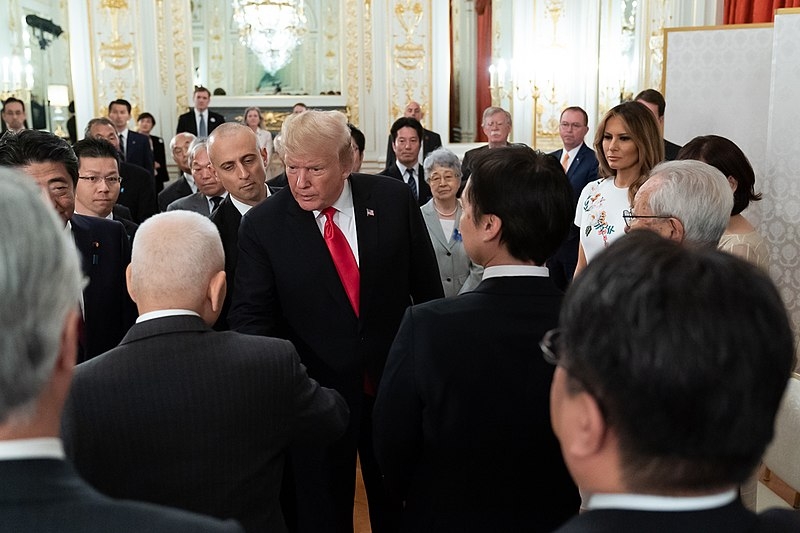 Donald Trump returned from the World Economic Forum at Davos, Switzerland the other day in the midst of an ongoing impeachment trial happening at the Senate. During a news conference, when asked about teenage climate change activist Greta Thunberg, Trump’s remarks were mainly how she beat him out of Time Magazine.

This is not the first time Trump had a few choice words to say about Thunberg, as Politicalflare reports. Thunberg’s relentless calls to action for the politicians to do something about the increasing climate change happening in the world received a few undermining tweets from Trump over the course of several months. Trump as many people have noticed, has been very dismissive over the climate change concerns and calling those who spoke out about it “prophets of doom.”

During a news conference, Trump was asked about Thunberg again, and his reply was that she beat him out of Time magazine. He was referring to Thunberg being named Person of the Year in 2019, a list that Trump appears to take pride in. Trump added that he would have loved to have seen her speak. But at the same time, the President said her anger is unrealistic.

His latest statements on Thunberg are in stark contrast to his previous comments about her. The day before the conference, Trump denied knowing anything about her, all the while Thunberg was still urging and giving world leaders a dressing down at the annual gathering at Davos.

As the impeachment trial at the Senate continues, the Democrats continue to lay out their arguments in the hopes of convincing a good amount of Republican senators to vote for impeachment. CNN reports that Lead House Impeachment Manager Adam Schiff is bent on urging the Republican jurors that have been considering to call for a witness on their side to testify. The Democrats presented their arguments for the first of Trump’s main offenses which is abuse of power, and come Friday, they will present their arguments and evidence for Trump’s other offense, which is obstruction of Congress.

After Friday, the floor will be given to Trump’s defense and the Republicans, who will then try and debunk all the arguments laid out by the Democrats.