Donald Trump revelation: Mike Pompeo says that funding to WHO may never be restored after POTUS announced temporary postponement 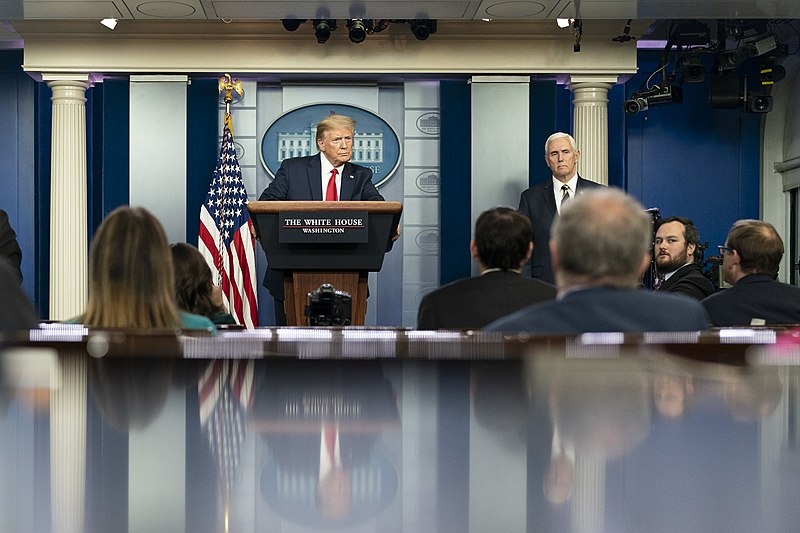 Previously, Donald Trump announced that funding to WHO will be temporarily postponed. However now, Secretary of State Mike Pompeo said that the US may never restore their funding for the WHO.

This led to Democrats accusing the Trump administration of using the WHO as a scapegoat for its own handling of the coronavirus outbreak. The Democrats have immediately called for Trump to restore the funding to the agency after he announced last week of accusing WHO of having failed in their duty. The President has also criticized the WHO’s attitude towards China’s efforts, saying that they defended the action of the Chinese government.

When he was asked if he was calling for a change in leadership from the current head, Pompeo said even more than that is needed to be done. “It may be the case that the United States can never return to underwriting, having US taxpayer dollars go to the WHO.”

Several Democrats in Congress wrote a letter to Trump, expressing their concern over halting funding over the organization in the midst of the pandemic. They likened this order to cutting the funding of the fire department in the midst of a blaze. They also noted how it is “misguided and appears to be an effort to scapegoat the WHO in order to deflect attention” from the shortcomings and politicization of the administration in handling the pandemic.

However, they pointed out that a review should be made into the organization’s handling of the crisis as well as its supposed relationship with the officials in China. Nevertheless, the letter said, “Let’s be clear, mistakes made by the WHO do not justify your halt in funding; nor do they excuse the serious failures of your administration in confronting this pandemic.”

At the same time, Trump recently announced that immigration to the United States will be temporarily suspended, revealing more of the details in one of the briefings following his announcement. During the White House briefing, Trump explained that this measure would only apply to those seeking green cards.

Trump also explained that this order was to protect unemployed Americans who were laid off due to the pandemic, by placing them first rather than bring in overseas workers. However, this order was criticized by many, saying that this was a way to deflect from their mismanagement of the coronavirus or to push a longtime policy goal.