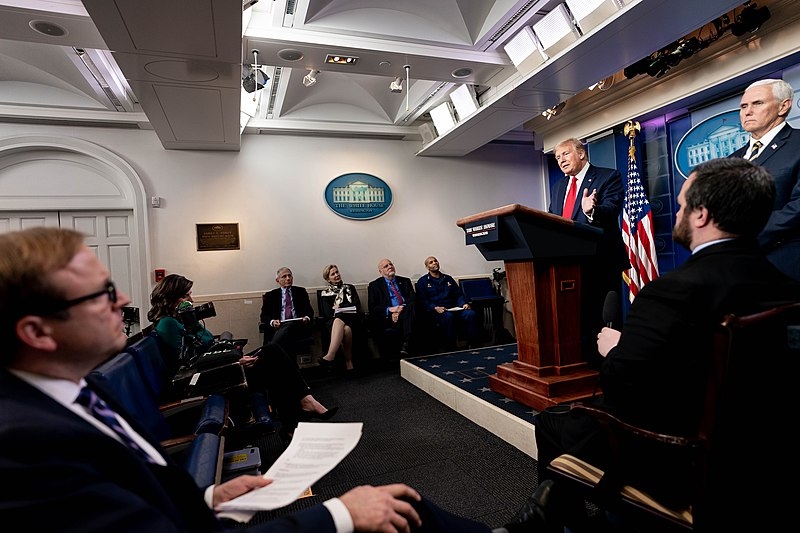 Perhaps in an effort to constantly reassure Americans that the coronavirus will be controlled at the very soonest, President Donald Trump has pushed for some suggestions on possible treatment. However, medical experts have warned against Trump’s suggestions.

The Guardian reports that medical experts were shocked at Trump’s sudden suggestion of injecting disinfectant into people in order to cure them of coronavirus in the latest White House coronavirus task force briefing. Trump was talking about the research made by the government on how the virus reacts to varying temperatures, climates, and surfaces. Trump talked about how disinfectants were able to kill the virus in minutes.

“Is there a way we can do something, by an injection inside or almost a cleaning? Because you see it gets in the lungs and it does a tremendous number on the lungs, so it’d be interesting to check that. So, that you’re going to have to use medical doctors with, but it sounds interesting to me,” said Trump during the briefing.

Trump also suggested the use of treating the coronavirus with UV light, another suggestion that shocked medical experts. Dr. Deborah Birx, who was present during the briefing, did not comment.

Other officials, such as Walter Shaub and Robert Reich were also shocked at the suggestions. “Trump’s briefings are actively endangering the public’s health. Boycott the propaganda. Listen to the experts. And please don’t drink disinfectant,” said Reich.

The suggestions Trump made were based on the findings of the Department of Homeland Security Official William Bryan, who suggested that the virus does not survive very long in places with high humidity and sunlight. Researchers found that the virus supposedly survives indoors and in dry conditions.

Shortly after the suggestions were made, the briefing took a heated turn as Trump lashed out on the press once again. The Washington Post journalist Phil Rucker said to the President, “Respectfully, sir, you’re the President, and people tuning into the briefings, they want to get information and guidance and want to know what to do. They’re not looking for rumor.”

Trump snapped at Mr. Rucker, saying, “Hey Phil, I’m the President, and you’re fake news. And know what I will say to you? I will say it to you very nicely because I know you well. I know the guy, I see what he writes. He is a total faker.”