Donald Trump 2019: Is There Any Truth About POTUS’ Claims that Wind Turbines Causes Cancer? 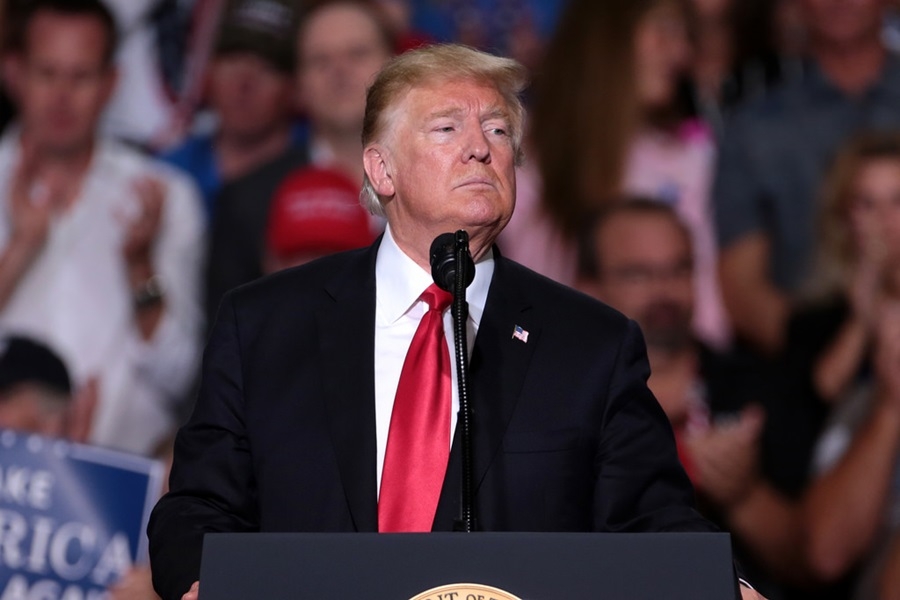 Donald Trump and his distrust towards renewable energy have taken on new heights as he recently slammed wind turbines yet again. Just last month, he claimed that by having a wind turbine built near a property, it could decrease its value by 65 percent, CNN reported.

Now, that number has increased by 75 percent. And not only that, Donald Trump claims that having a wind turbine near a house may cause cancer for those living in it. The quote from the POTUS can be found here.

“If you have a windmill anywhere near your house, congratulations, your house just went down 75% in value. And they say the noise causes cancer. You told me that one, okay?” Donald Trump said then went on to imitate the whirring on a turbine.

Of course, similar to most things that the POTUS have said, both claims are unsubstantiated. First, there’s no concrete evidence that having a wind turbine near a property will decrease its value by a significant amount. The most damaging figure that researchers have found reached 23 percent. And that said study has been conducted in the U.K. and Europe, not on American soil. As for wind turbines causing cancer, Donald Trump is outright lying about the claim.

However, it should be noted that the whirring of the wind turbine’s engine does negatively affect a person’s health if they’re living nearby, according to this study. Subjective experiences that have been reported by people ranged from headaches, fatigue, and nausea. While objective experiences included vomiting, insomnia, and palpitations. If Donald Trump wanted to criticize wind turbines, he should’ve simply listed those.

And even then, the claim would still be standing on thin ice since all the symptoms that have been mentioned are not well documented. Indeed, the most damaging effect that researchers have found is the loss of sleep due to the noise produced by the turbines. And while these complaints should be addressed, it’s far from Donald Trump’s claim of causing cancer since – as anyone would’ve guessed – no noise whatsoever will cause the disease.