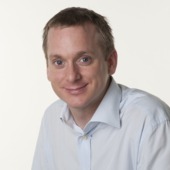 The top candidates vying to be the Democratic presidential nominee in 2020 took the stage in Atlanta for their fifth televised debate on Nov. 20.

With 10 participants and only two hours to discuss dozens of complicated issues, viewers may have had a hard time keeping up as candidates waded into the weeds of their pet policy proposals.

Fortunately, our scholars – who have written dozens of articles on the key issues of the 2020 Democratic primary campaign – have you covered.

Here are four economic issues that came up in the Nov. 20 debate, along with four stories from our archive that provide some context to help you evaluate what the candidates said.

Voters, especially Democrats, say health care is the top issue heading into 2020. So it’s hardly a surprise that the topic has dominated the first four debates and was a hot topic in Atlanta.

Several candidates debated “Medicare for all” and how far to go. Mayor Pete Buttigieg pushed his “Medicare for all who want it” proposal, which would offer a government plan while letting people keep their private insurance. Senators Elizabeth Warren and Bernie Sanders argued the best way forward is to make everyone sign up for a government-run single-payer system – the main difference between them being how soon to make it happen.

A sticking point has been the high price tag. Gerald Friedman, an economist at University of Massachusetts Amherst, has crunched the numbers on several different versions of a single-payer health care system and estimates a full-scale plan could cost as much as US$40 trillion over a decade.

But there’s an easier and cheaper way to get to Medicare for all, he writes: Simply expand the existing Medicare program to everyone.

Medicare’s “limited scope, skimpy benefits and cost-sharing keep costs low,” he writes, yet “it provides meaningful protection against the potentially crippling cost of accident or illness.”

U.S. trade policy has been an important economic topic ever since Trump launched his trade war against China nearly two years ago. It’s also among the top concerns on voters’ minds.

Soybean farmers in particular have suffered as a result of the trade war. MSNBC moderator Rachel Maddow asked Buttigieg if he’d continue the billions of dollars in farm subsidies the Trump administration has given to soybean and other farmers to offset the pain.

The South Bend, Indiana, mayor said he would support farmers but emphasized that the subsidies don’t make up for the costs of the trade war. “I don’t think this president cares one bit about these farmers,” he said.

“The importance of China as a market for soybeans has been driven by an explosion in demand for meat as consumers switch from a diet dominated by rice to one where pork, poultry and beef play an important part,” he explains.

Senators Cory Booker and Sanders brought up the need to raise the minimum wage. Critics of doing so argue it hurts small businesses.

But since New York City lifted the minimum wage to $15 per hour nearly a year ago, the restaurant industry in New York City has continued to thrive.

Nicole Hallett, an associate professor of law at the University at Buffalo SUNY who studies the minimum wage, explains why.

“A pay increase for low-wage workers doesn’t have to be a zero-sum game,” she writes. “In fact, the evidence suggests that everyone can win.”

Many of the candidates support requiring companies to offer their employees paid family leave.

When the issue came up at the debate, entrepreneur Andrew Yang noted that the U.S. is one of only two countries that doesn’t mandate paid family leave. Senators Amy Klobuchar and Kamala Harris agreed on the need for a policy but disagreed over how many months to offer – three versus six.

Darby Saxbe, a psychologist at the University of Southern California – Dornsife College of Letters, Arts and Sciences, shows just how little parental leave most Americans currently have and explains the significant stress it causes families.

“Like many windows of dynamic developmental change, the transition to parenthood is a time of transformation that can spur growth – but also brings vulnerability,” she writes.

Several of the candidates cited statistics about how much women make compared with men.

Michele Gilman of the University of Baltimore ran the numbers for us.

Editor’s note: This story is a roundup of articles from The Conversation’s archives and an updated version of an article originally published on Nov. 20.