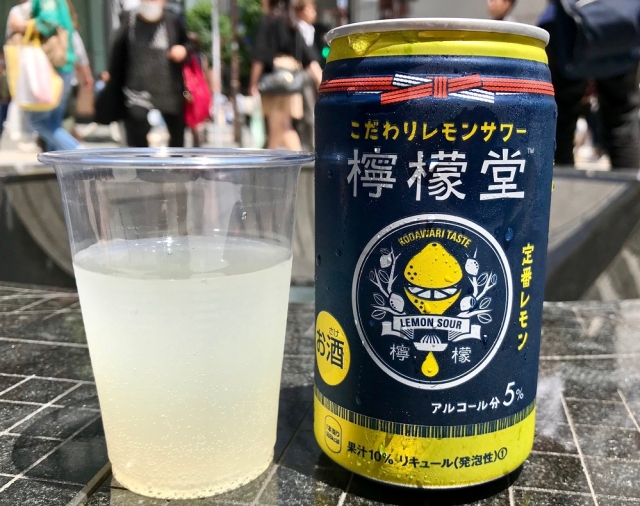 Coca-Cola's Lemon-Dou lemon sour has sold well despite its being pricey at around 165 yen.

Beverage makers such as Coca-Cola and Suntory are racing to pitch lemon-based alcoholic drinks to address the market for younger consumers who have diminished their thirst for beer.

Coca-Cola entered the Japanese alcohol market in 2019 with its Lemon-Dou lemon sour, which has sold well despite its being pricey at around 165 yen.

Patrick Savstrom, a Coca-Cola senior brand manager involved in the development of lemon-flavored ready-to-drink products, said they are pitching brands with diverse features to accelerate the expansion.

It was also in 2019 when Suntory Spirits Ltd. started selling Kodawari Sakaba no Lemon Sour.

This past spring, Sapporo Breweries Ltd. put out Koime No Lemon Sour, while Kirin Brewery Co. began offering Hakko Lemon Sour. Both have proven to be much sought-after.

Brisk sales of lemon-based ready-to-drink products, such as canned “chuhai” soda-mixed shochu, have resulted in increased market prices for the newer drinks.

The price of Hakko Lemon Sour, put on sale by Kirin Brewery in spring, is as high as 170 yen.

Data from research firm Intage Inc. show ready-to-drink product sales jumped 10 percent in 2020 from the previous year to 419.1 billion yen, with lemon drinks accounting for 171.2 billion yen, or 40 percent, of the total.

The 35 percent on-year growth rate for lemon-flavored products was higher than for the entire ready-to-drink market.