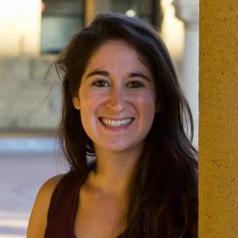 Anyone who has ever tried to cut back on sweets has probably heard that all it takes is “mind over matter.”

But new research by Lenny Vartanian of UNSW Australia and Kristin Kernan and Brian Wansink of Cornell University is shedding light on the way your mindset interacts with your environment to influence eating behavior – specifically, unhealthy snacking.

In other words, it’s not just your mindset that can shape your eating habits. Your environment plays a role, too. And in the case of your kitchen, a pile of dirty dishes just might influence you in ways you don’t realize.

The work of Vartanian and his colleagues builds on a body of evidence suggesting that stressful experiences can impact health-related behaviors, from eating to exercise.

It also loops in the idea that your state of mind influences your behavior at any given moment. For example, a 2011 study published in the British Journal of Social Psychology showed how thinking about your friends and family can reduce aggressive behavior after you’ve been rejected by romantic partner or fired from a job. And self-affirmations, which involve writing about your most important values, can mitigate the negative effects of threatening or stressful situations.

Combining two distinct theories of behavior, Vartanian and his colleagues then reveal the unique ways in which one’s individual mindset interacts with the world to help or hinder healthy eating.

The events leading up to this snack session varied widely. Participants were either exposed to a chaotic kitchen – filled with papers, pots and pans, along with noisy disruptions – or a clean, calm and orderly kitchen.

In these varied kitchen environments, participants were also primed to have one of three mindsets. Some were told to write about a time when they felt particularly overwhelmed. Others described an instance when they felt composed. Finally, the control group simply wrote about the last lecture they attended.

So, who ate the most? Perhaps not surprisingly, women who were primed to feel out of control – and who were in the chaotic kitchen – ate significantly more cookies than the other subjects.

However, in all the other conditions, the results didn’t differ in any significant way. For example, in the orderly kitchen, women who wrote about feeling out of control didn’t eat significantly more cookies than those who were primed to feel in control.

These results suggest an interesting and unique interaction – it was only the combination of feeling out of control and being in the chaotic environment that led to higher cookie consumption. While further studies are needed to confirm these findings, these results suggest that feeling in control could buffer against the effects of a chaotic environment, while having an orderly environment could buffer against the effects of feeling out of control.

It’s also noteworthy that neither the kitchen condition nor the mindset priming had any effect on consumption of crackers or carrots. This suggests that perhaps it’s only our unhealthy cravings that are susceptible to the combined influence of mindset and environment.

Other health behaviors might also be susceptible to the dual forces of mindset and environment. For example, when we come home from work exhausted and intend to go running, but really don’t feel like it, a sunny afternoon might motivate us to put on our sneakers and go anyway, while less optimal weather conditions might give us the excuse we need to stay on the couch.

The results of this study are certainly compelling. But as someone who studies mindsets, I thought there were some areas for further inquiry.

The authors also indicate that a limitation of this study was the lack of a specific measure to confirm mindset after priming. Without such an assessment, we cannot be certain that this experiment truly induced in-control or out-of-control mindsets, although past research on priming would suggest that Vartanian and his colleagues' study design should have been effective in at least priming feelings of being in control or being out of control.

However, compared to feelings, mindsets are generally viewed as more persistent over time. It’s unclear whether this study truly induced a new mindset, or simply primed participants into a particular – but fleeting – frame of reference, one that could disappear quickly after the conclusion of the experiment.

So while past research suggests that chaotic environments might be a risk factor for making unhealthy choices, the findings of Vartanian and his colleagues add to this work by showing how mindsets can act as a buffer or enabler.

What does this mean for those of us trying to eat fewer cookies and less ice cream? When we feel the urge to satisfy our sweet tooth, it might be in our best interest to think back to times we felt particularly in control. And it also wouldn’t hurt to take care of that pile of dirty dishes in the sink.