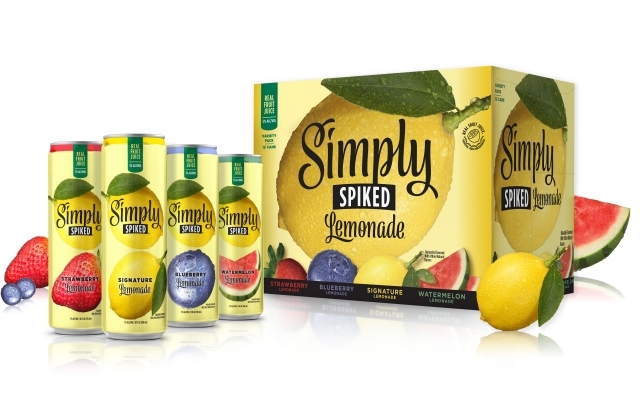 Coca-Cola just turned another one of its fruity beverages into an alcoholic drink option. The Atlanta, Georgia-based company entered into an agreement with Molson Coors, a drink and brewing company headquartered in Golden, Colorado, to launch the new brand called "Simply Spiked."

Apparently, the new alcoholic product is inspired by Coca-Cola Company's Simply Juice range. With its team, up with Molson Coors, the firm is producing its third boozy drink as it continues to tap into the growing cocktail business that is also fast becoming popular in the beverage market.

As per CNN Business, through their tie-up, Coca-Cola and Molson Coors are introducing the Simply Spiked Lemonade lineup of alcoholic drinks. It will feature the Coke's Simply brand's fruit juice flavors including the blueberry lemonade, strawberry lemonade, watermelon lemonade, and the regular signature lemonade.

The new Simply Spiked Lemonade is set to be sold in a pack of 12 24-ounce slim cans. Each can contain five percent alcohol volume but prices are still unknown. The new alcohol-spiked drink is set to be released this coming summer.

"Over the past two years, we have seen success by shaking up existing categories with new brands that have clear, compelling points of difference, like Coca-Cola's Topo Chico Hard Seltzer, Vizzy Hard Seltzer, and ZOA Energy Drink," Molson Coor's chief marketing officer, Michelle St. Jacques, said in a press release. "Now, we have a huge opportunity to leverage the power of Simply – a brand known for real juice and big flavor – to disrupt the full-flavor alcohol segment in a way that's never been done before."

Molson Coors thinks that the new Simply Spiked drinks will be another successful product because people want and looking for bold flavors in the alcohol category. Plus, the brewing company pointed out that Simply is Coca-Cola's second-biggest brand in the United States, raking in $1 billion in revenue.

Lastly, St. Jacques stated that since Simply is already a well-loved product, the launch of the alcoholic version also presents a big opportunity for the brand as it is offering something new.