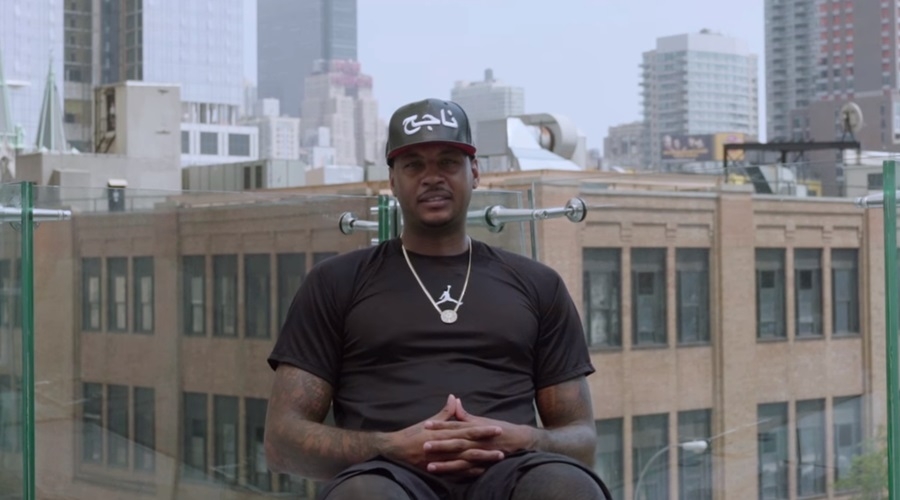 Photo via Screenshot of VICE Sports/Youtube

The chances of Carmelo Anthony getting added on the Nets roster has now closed as the team chose to sign former Knicks bench player Lance Thomas. Thomas averaged 4.5 points and 2.5 rebounds during the previous season and appeared in 46 games.

He’s also been seen as a solid contributor to the Knicks as he was given the task of overseeing the growth of the roster’s younger guys. It’s for this reason that Thomas was given priority over Carmelo Anthony.

During the offseason, the veteran has been the subject of many discussions in the league as he has yet to find a new home. Thomas is surprised by this development as he has always considered Carmelo Anthony to be a hard worker and a solid player overall, Forbes reported.

“A guy of his caliber is someone who has always been a standup guy in the league. He’s given amazing basketball memories to the NBA, has affected almost every teammate he’s ever had in a positive way, and always has a smile on his face,” Thomas said. Thomas played with Carmelo Anthony when both men were under the Knicks, so it’s not surprising that he's vocal about the entire situation.

So with the Nets door close, are there other teams that could theoretically sign the 35-year-old? According to Sam Amico of Amico Hoops, the Clippers are apparently interested in signing Carmelo Anthony.

The team was one of the biggest winners during this offseason as they managed to acquire newly minted Finals MVP Kawhi Leonard and Paul George. Having Carmelo Anthony as a backup for either star can potentially work, especially if the veteran follows through his desire to take on a lesser role for a team.

The problem is that ‘Melo has never shown the world that he can do just that. And that’s one of the main concerns of a team. Indeed, while several assistant coach and executives in the league expressed their admiration for Carmelo Anthony, they also said that he isn’t a good fit for their respective squads.

Yahoo Sports senior NBA writer Chris Haynes said last week that the veteran might have hurt his career in the past three years as he has never shown the league that he can be a positive force coming off the bench. The best-case scenario for Carmelo Anthony is for someone to get injured on a team that would then need to shore up their forward position. And even then, that particular team may want someone else to fill the open position.