Carbon capture and conversion must not rely on rare metals 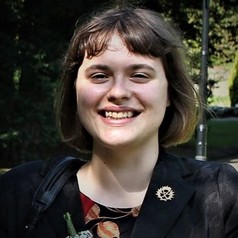 Last year, humans emitted approximately 37 billion tonnes of carbon dioxide into the atmosphere – a disastrous and unsustainable figure. To avoid the worst effects of climate change we could capture some of that carbon as it is released by power plants and store it permanently below ground. Better still, some of that waste carbon dioxide could be converted into useful chemicals or fuel.

These processes are known respectively as “carbon capture and storage” and “carbon dioxide utilisation”, and both require large amounts of raw materials. As an example, carbon capture can involve running emissions over some metal, which then reacts with (and hence captures) the CO₂ before turning it into a different substance that can be stored or reused.

To make a dent in climate change, the amount of metal required would be huge. For example, if 1 gram of a metal, in a metal catalyst, could capture 100 grams of coal-based carbon dioxide emissions (an optimistic scenario), around 1.5m tonnes of this metal would reduce global emissions by just 0.4%.

So, although keeping carbon out of the atmosphere is important, it is equally important that we do it in a green and sustainable manner. If large amounts of a metal are ever used to significantly decrease carbon emissions, it must have a sustainable supply so that reserves are not depleted.

Sadly, many technologies seem to be ultimately unsustainable. For instance, a recent study by a team of Japanese scientists, highlighted by the Royal Society of Chemistry, described how a catalyst based on the metal rhenium converts carbon dioxide into carbon monoxide. Carbon monoxide is useful as it can be used to form chemicals and fuels such as hydrogen and methanol.

The catalyst is indeed extremely active and can work with carbon dioxide at very low concentrations, but the system is still not ideal. Rhenium is very rare: mostly found in Chile and Kazakhstan, it is estimated to have an abundance of less than 10 parts per billion in the Earth’s crust (equivalent to 0.000001%). To put that in prospective, aluminium is 8 million times more abundant and accounts for about 8% of the Earth’s crust.

Rhenium itself is mostly used to make turbine blades in aircraft jet engines. If this metal was employed to tackle climate change globally, resources would decrease and its price would increase. This would have a knock-on effect on industrial manufacturing.

Its low abundance also means that producing this catalyst would be expensive. It is therefore unlikely that a global business model for worldwide rhenium based carbon dioxide utilisation would be pursued.

In another study, an American research team created a ruthenium catalyst which could transform carbon dioxide from the air into the fuel methanol. However, ruthenium is also incredibly rare, and would likely encounter the same availability and cost problems.

Fortunately, it is possible to develop catalysts that are more sustainable and environmentally friendly. This ties in with the principles of “green chemistry” which has been around since the 1990s and has gone from strength to strength.

I am one of numerous researchers across the globe using relatively abundant, and thus more sustainable, metals for carbon dioxide conversion. Colleagues and I recently developed an aluminium catalyst, for instance. It makes sense to use aluminium as it is one of the most abundant metals in the Earth’s crust and has shown promise in carbon dioxide utilisation.

This catalyst can convert carbon dioxide into cyclic carbonates, commercially valuable products used in batteries, pharmaceuticals and polymers. The catalyst can also be “regenerated” once its reactivity has gone and can be reused multiple times.

But it’s not always straightforward to use more abundant metals and I admit I myself have dabbled in using less sustainable metals. These include chromium, a toxic form of which was the subject of the film “Erin Brockovich”, and platinum, another metal estimated to account for less than 0.000001% of the Earth’s crust.

I used these scarce metals because sustainability is not always a substitute for reactivity. Fundamental chemical differences between rare and abundant elements means that simple substitution will not necessarily create as effective a catalyst. For example, my colleagues found that chromium was more reactive in some cases than aluminium in forming cyclic carbonates.

Researching rare metals is still an interesting area to explore and will lead to new chemical discoveries that abundant metals could not produce. The impressive catalytic activity of the rhenium and ruthenium catalysts must not be ignored.

The massive problem of climate change however means that we have to be more realistic and considerate when it comes to designing catalysts for large-scale industrial application. This is by no means an easy feat.

Of course, just using abundant natural materials will not necessarily make our methods greener. A true evaluation of sustainability is tough and involves a complex assessment of the entire process, including factors such as raw materials used, energy required, operation costs and carbon saved.

Ultimately, we must divert more effort towards sustainable climate change reduction as soon as possible. As David Attenborough said at the recent COP24 summit in Poland: “If we don’t take action, the collapse of our civilisations, and the extinction of much of the natural world, is on the horizon”.