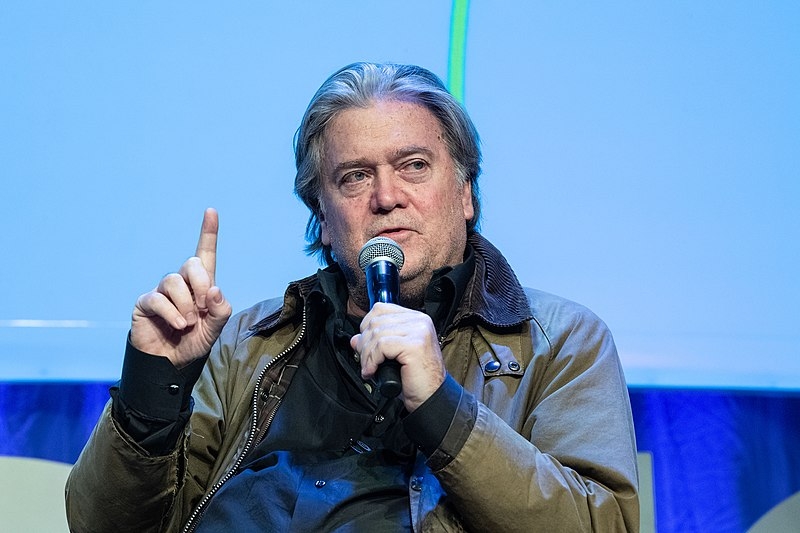 Former Trump strategist and right-wing figure Steve Bannon was indicted by the Justice Department for his defiance to the House Committee’s subpoena to testify. With Bannon’s latest efforts to expose the panel’s findings so far to the media, legal experts say this is a tactic to derail the entire probe.

National Security attorney Kel McClanahan weighed in on Bannon’s efforts to force the House committee to reveal the witnesses they have interviewed along with their findings in the hopes that this would pose a challenge for the panel to depose him. While Bannon has a right to view the evidence made against him, DOJ officials have argued that it would cause harm in the form of witness tampering or corrupting the jury pool.

“It’s not about trying the case in the media, it’s about making it costly for the committee to go after him,” said McClanahan. “It is graymail, pure and simple: You can’t touch me, because if you do, I’ll spill all your secrets.”

Bannon was charged for contempt of Congress for his non-compliance to the subpoena. The former Trump strategist cited that he is under the protection of twice-impeached former President Donald Trump’s claim of executive privilege -- a claim that has been repeatedly waived by the Biden White House and dismantled against him.

Some news outlets have agreed with Bannon regarding publicizing the documents. However, legal scholars say that Bannon is trying to open the investigation to help other witnesses that do not want to cooperate with the committee.

“His whole thing is about blowing up the whole system. He’s almost an anarchist. It’s might not really be about the contents of any particular document -- it might be about the process,” said former federal prosecutor Jennifer Rodgers.

Hundreds of insurrectionists were arrested and detained by the feds for their involvement in the riots. Several have also been sentenced so far. During an interview with the FBI during his arrest in January, insurrectionist Felipe Marquez said he traveled to the Capitol on January 6 to “protest communism and prostitution.” According to the sentencing memo, Marquez also stated that he was in the restroom “pooping” when the violence occurred that led to five people dead and dozens injured.

Marquez added that he did not see any violence occurring during the insurrection.