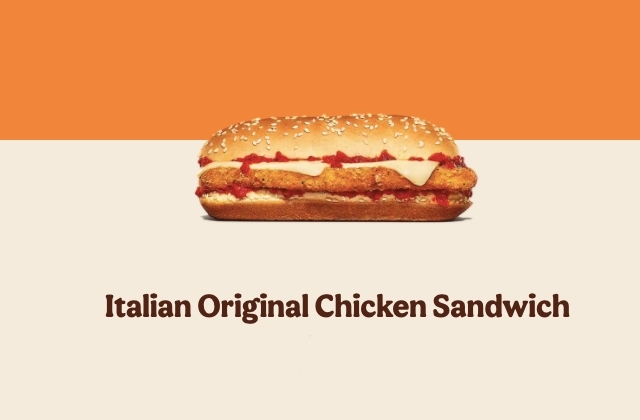 Burger King US just made its customers happy by bringing back one of their favorite sandwich items. The fast-food chain revealed it had added the Italian Original Chicken Sandwich on the menu again, and this marked the first time that this item has been brought back.

Burger King’s Italian Original Chicken Sandwich made its first appearance in 2014, and it is only returning to the restaurants in the U.S. this month. Apparently, the sandwich has been on hiatus for about seven years, so the excitement of the customers is really high, and they are rejoicing for its return.

According to People, Burger King’s sub chicken sandwich is made with lightly breaded chicken meat and it is placed on the elongated sesame seed bun then topped with the restaurant’s special marina sauce and finished off with melted mozzarella cheese.

Customers can also buy this sandwich as part of some deal offerings at Burger King stores across the nation. For instance, diners can choose to purchase it under the “2 for $6” deal, where it will be paired with Impossible Whooper, Whooper Burger, Big Fish sandwich, or chicken fries.

But then again, just like the other returning food items in restaurant chains, the Burger King Italian Original Chicken Sandwich will only be in the stores for a limited time only.

Thrillist reported that the restaurant actually brought back the said menu after getting many requests from its customers. It was said that they have been asking the burger joint to please include it in the menu list again.

The sandwich finally made its comeback early last week and it was rolled out in select Burger King stores. Last weekend, on Nov. 14, the company expanded the availability of the Italian Original Chicken Sandwich and included the rest of the states so it is now available nationwide.