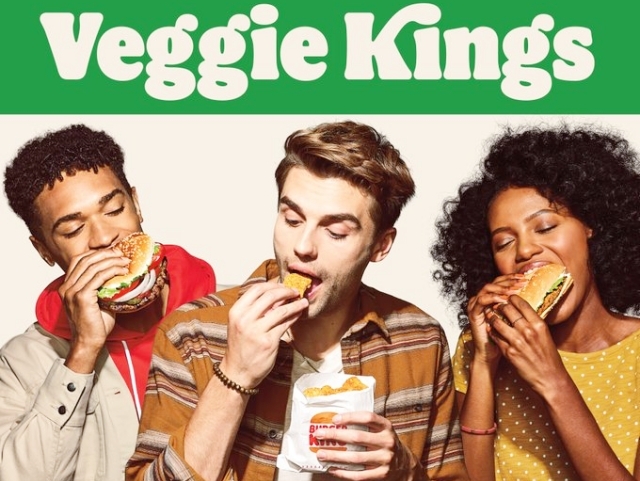 Burger King South Africa has joined other major fast-food chains in the quest to offer alternative food items to customers. It has recently announced the debut of its vegan options that the restaurant said will be “meat-free” but will not alter the taste which means they will taste very similar to the regular burgers and other offerings.

They added that customers will not even know the difference once they taste the vegan versions. The only difference is that they are healthier and more sustainable. Burger King South Africa is releasing its vegetarian version of popular menu items under the “Veggie Kings” banner. These will include food products that are mostly plant-based.

According to The Citizen, compared to other nations, South Africa is quite slow on taking up the trend related to vegan diets and plant-based food. This is said to be due to the fact that the country lacks quality offerings in the restaurant chains.

On top of this, the region has no internationally recognized vegan accreditation. Thus, with the establishment of V-Label, Europe’s largest vegan accreditation program, South Africa is hoping this will help them get more vegan food alternatives.

In any case, the arrival of Burger King SA’s Veggie Kings lineup is a start. The restaurant is offering 100% plant-based and 0% meat range burgers with the same great taste that BK is known for, only there is no meat.

“Have you tried our Veggie Kings?” Burger King South Africa tweeted on Sept. 16. As it launched its plant-based line. “If not, you are more than welcome to join us for a tasting session at our Heerengracht restaurant in Cape Town on Friday the 17th between 12 - 2 pm. You'll have to taste it, to believe it - It's a DATE!”

Based on the report, customers will be able to buy plant-based Whopper burgers, vegan chicken nuggets, and Vegan Royale chicken sandwiches. Burger King South Africa’s chief executive officer, Juan Klopper said that with their new vegan items, the company is aiming to become a leader in plant-based alternatives served in fast-food outlets.

“Our aim is to offer vegan, vegetarian, and plant-based alternatives that do not compromise on flavor or price,” the CEO said. “By working with The Vegetarian Butcher and V-Label, we know we can create the industry’s leading vegan and vegetarian recipes.”