Brexit: the last time MPs were given indicative votes to break a deadlock, they failed 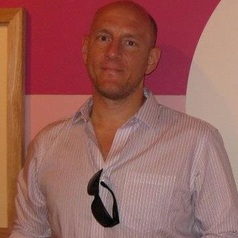 One of the many ironies thrown up in the course of Brexit has been just how controversial attempts by parliament – the UK’s supreme constitutional authority – to take back control have been.

First, MPs insisted on holding a “meaningful vote” on the government’s draft Brexit deal. Then they insisted that the prime minister must return to parliament within three days with a new plan after they voted that deal down. Throughout, parliament’s role has been, equally controversially, championed in the House of Commons by a singular speaker, who set a new precedent by allowing MPs to vote on an amendment to the business motion of the day.

A range of options has now been mooted to help break the deadlock, including a second referendum, a citizens’ assembly, and even a quasi-government of select committee chairs. Another, put down in an amendment by the Labour MP Hilary Benn, is a unique means of seeking to establish consensus by testing the will of MPs in an “all-options” debate: an indicative vote.

This process gives MPs the chance to vote on a series of non-binding resolutions on different outcomes to a particular issue. In the case of Brexit, that might mean voting for no deal, or for the government to re-negotiate the deal to achieve a specific outcome, or for a second referendum.

The very notion of an indicative vote had never been uttered in parliament before 1997. Then, just as now, it was suggested – although not ultimately used – as a way of resolving the innate tensions surrounding a referendum: then, the question had been whether to establish a Greater London Authority. In 2000 and 2002 indicative votes were employed early on in the tortuous consultative process in parliament of a matter which, much like Brexit, inflamed significant sections of the public: fox hunting.

In such generally unprecedented times as this, there’s only one real precedent. In 2003 a novel recourse was intended for an ancient conundrum: reform of the House of Lords. This was a gridlocked issue where there was no obvious solution, and where the cabinet was divided between groups of ministers who strongly preferred one option, and, equally strongly, opposed others.

Membership of the House of Lords remained essentially unreformed and largely based on birthright until 1997, when the “New Labour” government sought to reflect “New Britain”, including making the upper chamber “more democratic and representative”. Parliament duly passed, in the main, Labour’s manifesto promise to end the right of hereditary peers to sit and vote in the Lords. As a compromise, and selected by their peers, 92 were spared.

At the next general election, Labour promised to remove the remaining hereditary peers to make the House of Lords “more representative and democratic”. But deciding on what should happen once hereditary peers were removed proved difficult, defeating both a Royal Commission and the government. A committee of both houses settled on seven options, including a fully appointed and fully elected House of Lords, and a range of hybrid chambers with different percentages of elected and appointed peers. MPs were invited to give their view of these options in a series of indicative votes in early February 2003.

In the ensuing muddle, MPs voted tactically as well as on principle, with some virtue-signalling by voting for an option which they knew would not prevail. The prime minister, Tony Blair, preferred an appointed chamber and was opposed to an elected chamber. The official position of the official opposition, suitably enough, was the opposite.

In the end, all the propositions were defeated. In their diaries, Blair’s official spokesman, Alistair Campbell, called it a “debacle”, and the chairman of the Conservatives’ backbench 1922 committee, Michael Spicer, noted the “result is chaos”.

Subsequent efforts to resolve the issue in 2007 were similarly unsuccessful. This meant that, in the kind of one-could-not-make-it-up situation that takes place almost daily today, the only democratic element of the House of Lords was, and remains, the hereditary peers.

Left with the status quo

Supporters of indicative votes to break the parliamentary Brexit deadlock hope that they could tentatively establish something of a consensus among MPs, each of whom had, after all, been elected by their constituents. If they were freed from the constraints of party discipline, MPs could vote based on their judgement.

The attempted Lords reform of 2003 offers only a loose precedent for the current situation. Indicative votes are certainly no panacea. Each of the motions on which MPs would vote would be amendable, and which amendments would be chosen would doubtless be the objects of further controversy. The inevitably protracted parliamentary process may also merely lead MPs back to the current impasse – and given that MPs would be able to support more than one option, more than one option might command a majority.

To add to the uncertainties, the government need not be bound by the settled will of parliament, even if there were one, and Downing Street has already distanced itself from such a vote.

The principal difference between indicative votes in 2003 and 2019 is that in 2003 the issue in question, for all its longevity, aroused no great public interest and had not been subject to the muddying consequences of a referendum. The principal similarity may be that in both cases there was a majority for nothing, and the eventual outcome pleased nobody. If the government provides time for indicative votes to take place, Brexiters will at least hope one precedent is not followed: in 2003 the equivalent of “remain” – that is, the status quo – was not offered as an option, but in the absence of any agreement on an alternative, “remain” is what came to pass.