Brexit is not the beginning of a global security crisis 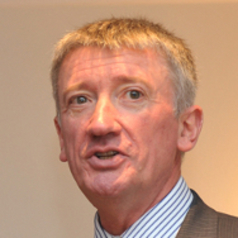 Now its people have decided to back out of the EU, Britain’s future place in the world order is more unclear than it has been for decades – but that still doesn’t mean that the world is less safe because of the British electorate’s decision.

To read some reactions to the result, you might think the opposite. The journalist Charles Kaiser suggested that the UK’s vote to leave was “the worst step backward for Europe – and for Western civilisation – since the end of World War II”, implying that peace on mainland Europe was under threat, while during the campaign itself, David Cameron explicitly attributed lasting peace in Europe to the European Union project, invoking images of British war graves.

There are clear, historic links between the EU and peace on the European mainland. The union’s forerunner, the European Coal and Steel Community, was set up in 1951 to organise free movement of coal and steel and free access to sources of production precisely because these were the foundations of modern war-making capabilities.

By sharing these, the rationale went, the six signatories would be less likely to go to war with each other – in particular France and Germany.

That project has worked. The continent has enjoyed a period of peace, stability and co-operation unprecedented in its history for at least the last 250 years. So even if the entire EU structure somehow crumbled as a result of the British vote – an extremely pessimistic vision in itself – it’s hard to imagine that its members will take up arms against each other again.

But what about the wider security implications beyond Europe? The UN Security Council for one, is hardly expected to change. Unless some long-discussed but never advanced reform happens, the five permanent members will retain their seats and their vetoes, including Britain. The only obvious change is that the EU will go from having two representatives among the permanent five powers to having one, namely France.

On paper, that looks like a major loss of influence. But given that two seats for the EU was arguably an inappropriate degree of power for just one region, that Britain and France would vote primarily in their national self-interest (albeit that these invariably coincided) and that both countries will continue to vote in a manner that upholds European ideals, we should expect little change.

In any event, you have to go back to 1989 to find an example of Britain or France both using their vetoes (over Panama, when both countries backed the US), and back to 1987 to find one using its veto in isolation (the UK, in that case over apartheid South Africa).

Equally, while the British vote could change the EU’s latent military security ambitions – there has been intermittent talk of an EU Military Force – the impact on NATO is likely to be, in practical terms, negligible. It is highly unlikely, for example, that France would withdraw its troops from the alliance as it did in 1966.

There will be, of course, other implications, and some of the most pressing depend on how all this is viewed in the Kremlin.

There has been plenty of speculation that Brexit will make maintaining or renewing sanctions against Russia for its actions in Ukraine harder and that Germany in particular will be harder to persuade to hold a harsh line with Moscow, not least because Germany so relies on Russia for energy. The Washington Post suggested in January that this reliance could damage European unity, a prediction other commentators have made too.

But in reality, it’s just too soon for such claims to be confirmed. Whatever they need from Russia, the leaders of the other 27 member states don’t wish to encourage their looming neighbour’s expansion plans, and the UK will remain a heavyweight partner in their efforts to deter it. Even now, Britain is engaged in a significant military exercise in Poland and deterring actions against the Baltic States in particular.

More broadly, by refocusing on NATO and the transatlantic partnership, Britain might have inadvertently kicked off a long-overdue reconsideration of Europe-wide defence commitments and spending. While the US-UK relationship (“special” or otherwise) may never look the same, its security dimension will most likely endure. As will the defence business, for that matter: Britain’s BAE Systems is a very significant player in the US defence market, and is currently one of the top international sellers to the US government – selling more to the Pentagon than it does to the UK’s own Ministry of Defence.

So even as the direction and integrity of both the UK and the EU are called into question as never before, there’s just no real reason to expect new direct security threats in the short and medium-term. The coming adjustments and realignments will have implications for Europe and beyond, but doomy predictions of global or regional insecurity are (for now at least) gross exaggerations.

Ian Shields does not work for, consult, own shares in or receive funding from any company or organisation that would benefit from this article, and has disclosed no relevant affiliations beyond the academic appointment above.