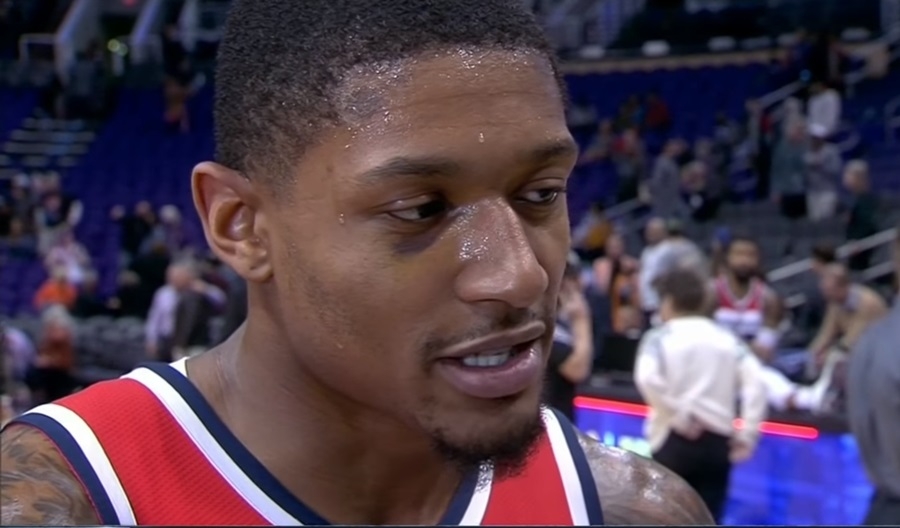 As expected, the narrative surrounding Bradley Beal and his potential of being traded away from the Washington Wizards are still persisting. There have been multiple teams that have been connected with the talented guard.

As rumors would have it, Bradley Beal is apparently being eyed by the Boston Celtics. The Celtics acquiring the 26-year-old would propel the roster to new heights, although they’ll have to give up some pretty solid talents on their end to make the deal work.

The good news is that the Wizards are apparently also interested one of Celtics’ stars, none other than the talented Jaylen Brown. Brown joining the Wizards would be a great fit for the team as his growth is in line with Rui Hachimura and Thomas Bryant, young cores that have the potential to be big once they developed. But a straight-up Brown and Bradley Beal trade wouldn’t work due to the salary cup rule, Metro reported.

As such, Gordon Hayward will undoubtedly be included in the potential package as well. However, it’s important to note that Wizards have time and again reiterated that they don’t have plans in trading Bradley Beal away.

But the problem is the guard’s impending free agency. Sure, that’s not until 2021, but if the Wizards want to take full advantage of Bradley Beal’s market, they should do so while other teams might be desperate enough to let go of their own budding stars. Add the fact that the guard will likely decline to sign the $111 million extension deal offered to him and the urgency heightens further.

The deadline is slated to hit on Oct. 21, and multiple teams are patiently waiting for Bradley Beal’s decision. John Wall himself is confident that his teammate would sign the extension, saying that he knows Beal is going to “do the right thing.” But the confidence may be misplaced since the 26-year-old is poised to gain much more financially if he simply waits until he becomes a free agent.

Meanwhile, rumors about the Brooklyn Nets eyeing Beal is also making its round on the web. With Kevin Durant still recovering from his ruptured Achilles, the team direly needs another reliable offensive threat that can stretch the floor. This is especially true since Kyrie Irving operates well if his team gives him a bit of breathing room to attack the rim. Bradley Beal is the perfect candidate for that, ESPN reported.

The Nets also has the assets to make an enticing package for the Wizards that would accelerate the team’s rebuilding process should they decided to hit the reset button, which is looking likely given how everything has unfolded so far. For his part, Bradley Beal also maintains that he wants to stay with the Wizards, although it’s no secret that he wants to win a championship, too, as he revealed in his previous statements.