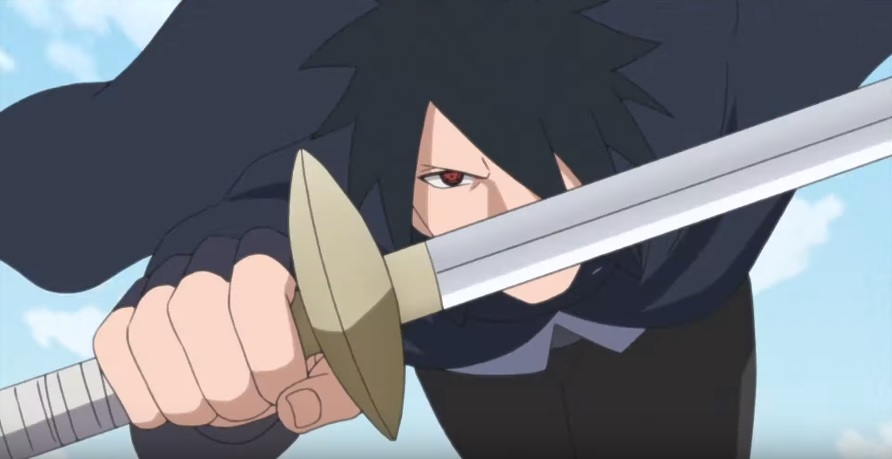 From the promotional trailer of “Boruto: Naruto Next Generations” volume 2 on Blu-ray/DVD. | Photo credit: vizmedia/YouTube screenshot

The possible actions of Kashin Koji are some of the possible game-changing events in “Boruto” chapter 40. Even before the fight of Naruto and Sasuke against Jigen broke out, Koji has been one of the most mysterious characters in the current arc.

It became clearer that there are many things the series has yet to reveal about Koji after chapter 39. Koji has been a reliable member of Kara until it was revealed last month that he intends to kill Jigen. This is one of the biggest questions fans have as they anticipate the release of “Boruto” chapter 40.

The way chapter 39 ended makes many fans believe that “Boruto” chapter 40 will focus on Kawaki, Boruto, Sarada, and Mitsuki going up against Boro to save Naruto. This is still one possible plot for this month’s chapter, but there is also a chance for the manga series to surprise fans by tackling a different rivalry.

“Boruto” chapter 40 could end up detailing Koji’s next moves. It can be recalled that he deduced Jigen is severely hurt from his fight with Sasuke and Naruto. He then decided, still without alerting anyone in Konohagakure, that it is the perfect time to kill Jigen.

For fans to care about this rivalry, it would require revealing more details about Koji’s past and why has he been pretending to be a follower of Jigen when all he wanted to do is kill him. If this is the direction that the manga would take, “Boruto” chapter 40 could end up being another information-filled installment building up to a fight between Koji and Jigen.

There has been a wild rumor that Koji could be Jiraiya. While there is no solid proof yet to support that, Koji is clearly someone who used to live and serve Konohagakure. He is aware of the village’s security protocol and how to work around it when Jigen sent him and Delta to retrieve Kawaki. “Boruto” chapter 40 could finally explain how Koji was able to do all of it.

There is also a huge chance for “Boruto” chapter 40 to simply continue where chapter 39 ended. This could mean that the next chapter will dive right into Kawaki and Team 7’s efforts to bring Naruto back to Konohagakure. But it requires defeating another Kara member named Boro, who Kawaki said is even worse than Jigen in some aspects. A new chapter will be released on Wednesday, Nov. 20.