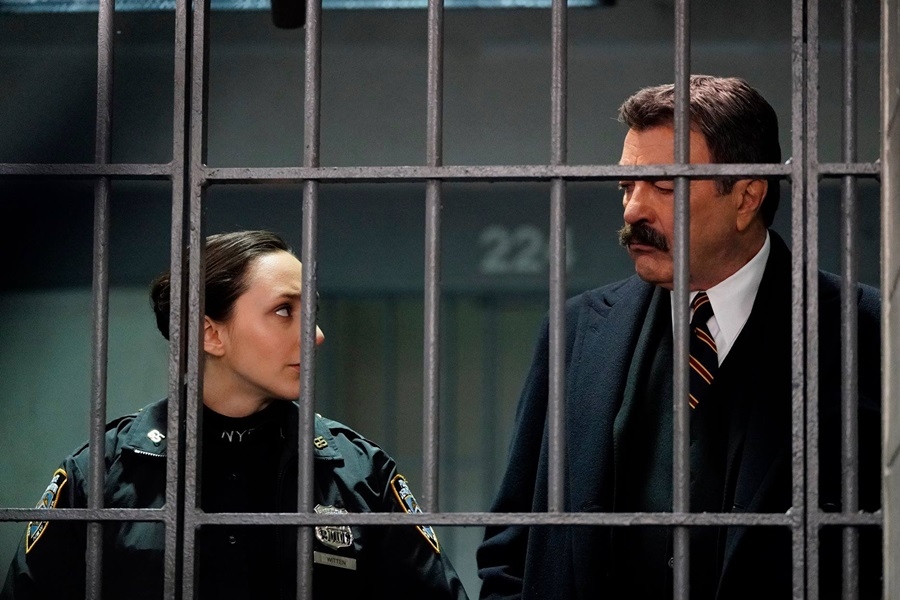 “Blue Bloods” Season 9’s plot is going to be more complicated moving forward as one of the show’s characters is trying to mix work with romance. The character in question is Jamie Reagan (Will Estes), who wants his fiancée Edit “Eddie” Janko to be his partner.

Needless to say, this is a bad idea since judgment will always be affected by emotions whenever two people in a personal relationship work together. And given that Jamie and Eddie are in the police force, a lot of things might blindside both of them, which might endanger their lives if a situation goes south. Of course, showrunners are tight-lipped about whether or not both characters will be put in a dangerous situation in “Blue Blood” Season 9.

What’s more, police commissioner Frank Reagan forbids his son Jamie from combining his profession with personal matters, causing tension between the two. The police procedural series hasn’t had any dangerous villains for a while and some fans of the show wish writers would bring in someone who would spice things up, Carter Matt reported. It’s always a treat for audiences when they feel that the characters are genuinely threatened, but it’s still unclear if this will occur in “Blue Bloods” Season 9.

One of the most vicious villains that the police procedural drama incorporated into the show was Thomas Wilder. During this story arc, Danny Reagan (Donnie Wahlberg) and Maria Baez (Marisa Ramirez) found out that Wilder’s psychotic behavior stemmed from having an abusive childhood. “Blue Blood” Season 9 could really benefit from antagonists like this because it creates tension for the audience while simultaneously making them wish for the villain’s demise.

“Game of Thrones” is perhaps one of the best examples of using psychotic antagonists to build apprehension among audiences, which will be more satisfying once the protagonists finally deal with the character. “Blue Bloods” Season 9 could do the same, perhaps incorporating a villain that not only is vicious but exhibits a high level of intelligence, similar to the villain seen in “Seven.”

“Blue Bloods” Season 9 will debut on Sept. 28, picking up where the series left off last season. Fans are excited to see what awaits the Reagan family and the hardships they’re going to go through.