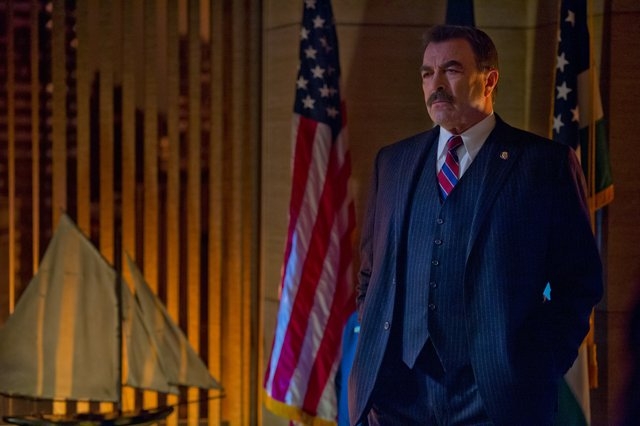 Photo by: Blue Bloods on CBS/Twitter

“Blue Bloods” season 9 will be focusing on Danny (Donnie Wahlberg) and Jamie Reagan (Will Estes). The plot would revolve around the two brothers who in previous seasons rarely got to spend time together. They could be spotted in the same scene only if there are family occasions like the holidays or dinners.

Fans waiting for “Blue Bloods” season 9 want the showrunners and writers to create more drama that will involve the two together. They believe there is still a lot to be explored and they could show different sides of themselves if given the chance for them to work together and show off their brotherhood. It is yet to be seen if this wish would be granted.

In any case, Tom Selleck, who portrays Frank Reagan, also dropped some spoilers for “Blue Bloods” season 9. In his recent interview with TV Insider, he disclosed that there would be tension between Frank and Jamie, the father and youngest son in the series.

He explained that because Jamie wants Eddie Janko (Vanessa Ray) to remain as his partner while on duty, his character as his dad and police commissioner opposed the idea. He thinks it is not a good idea for the engaged couple to be together at work.

"Frank doesn’t want him to be the first in NYPD history to ride with their fiancée," Tom Selleck explained. "Most cops would say it could affect one’s judgment. Frank wants his son to be happy, and yet he’s got this hyperactive sense of responsibility. He already lost one son in the line of duty," he added.

Nonetheless, “Blue Bloods” season 9 is expected to open with the story of Jamie’s engagement. Perhaps, this will bring some romance that is rarely seen in the drama. Wedding preparations are underway and Jamie’s family would have been involved with it.

Meanwhile, “Blue Bloods” season 9 already started filming for a new batch of episodes. Cartermatt noted that Marisa Ramirez, who plays Det. Maria Baez, hinted that they are back to filming through her recent Instagram post.

“Blue Bloods” season 9 is set to return to TV in the fall. CBS confirmed it will kick off on on Sept. 28, Deadline reported.