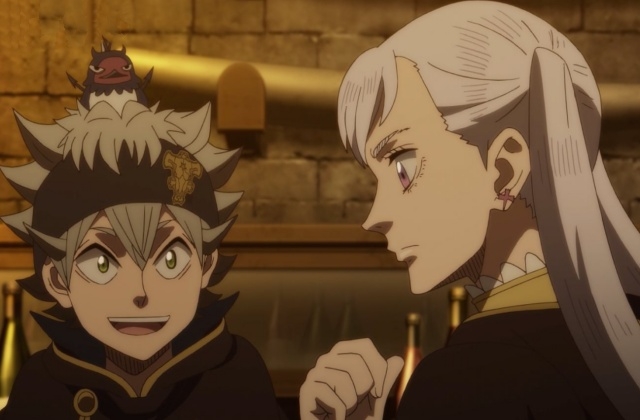 “Black Clover” chapter 247 is coming up next and will still be mostly about Dante and Yami’s battle. Asta will also be in the frame, and his segment will be interesting as he was able to finally meet the devil that has been following and helping him out whenever he gets into risky situations.

Before the “Black Clover” chapter 247 arrives, here’s a brief recap of what took place in the previous chapter. Dante and Yami entered the battleground, and even if the former is really powerful, the latter managed to hit him hard and to injure the enemy. However, the villain quickly recovered from Yami’s attacks after making use of his Lucifero powers.

In chapter 246 titled “The Tree of Qliphoth,” Dante’s backstory was also shown, and this includes his sinister plans for pouncing on the Clover Kingdom, which injured most of the Black Bull squad members. His backstory also clarified and revealed many things, not just about the leader of the Dark Triad but also about Yami and William.

It turned out that the young Dante was Daminatio’s clone, and he wants William and Yami because they are the keys they need to bring the devils into the world. Moreover, Asta finally met and talked to his devil, and he was about to learn what Dante’s plan is.

Plot -what to expect

Now, “Black Clover” chapter 247 will return to the current time, and Asta saw his devil very furious and wanted to attack. When he woke up, he can’t move his body but can sense that Dante is close, and most importantly, Gauche is alive despite being stabbed.

Rumors about a spy from the Clover Kingdom started to spread in the Spade Kingdom and unfortunately, it may not be long when he is caught in “Black Clover” chapter 247. In fact, the Dark Disciples who are patrolling the castle will catch someone going through Dante’s papers and desk.

The good thing is that when the disciple caught the intruder and he was about to attack it, the spy immediately disappears and attack the disciple instead. It seems that he is a member of Black Bull since he has the quad’s insignia on his grimoire pouch.

“Black Clover” chapter 247 will be out on April 12 while the raw scans will be available 2-3 days ahead of the official release, as per Otakukart. The series is readable on MangaPlus and Shonen Weekly Jump on VIZ Media.