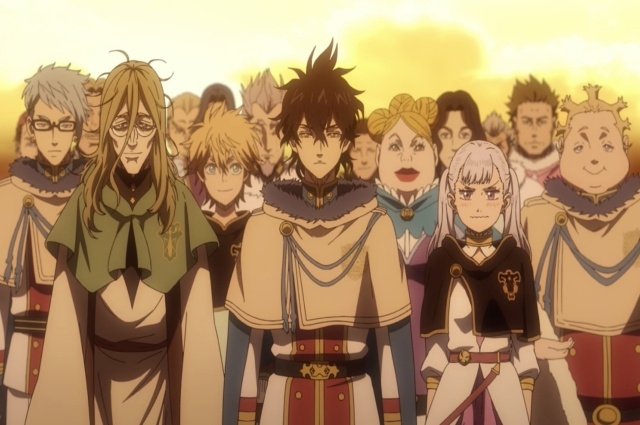 “Black Clover” chapter 232 will be divulging more details about Noelle and her quest to find and fight Megicula. But while the chapter will tell more stories about her, scenes involving Asta are still included in the upcoming narrative.

It is predicted that “Black Clover” chapter 232 will slowly bring the focus on the newly introduced characters that include Mimosa, Noelle, and Luck. It was suggested that these three would be involved in a big fight soon, and since it was previously revealed that Noelle wants to avenge her mother’s death caused by Megicula, the battle could be against this devil in league with the Spade Kingdom.

Power and abilities will be put on display

Prior to the fight, everyone’s abilities will be divulged as they each exhibit what they can do. It is not sure how this will happen in “Black Clover” chapter 232, but spoilers revealed it would take place.

After Asta shows off his power, it will be Noelle’s turn to unleash her abilities. What she can do will affect how she will deal with the enemies in the Megicula arc; thus, this is an important chapter. It was stated that her powerful move could be related to water as she has become the best water user on the planet.

At any rate, Anime Geek Snipper reported that Noelle has proven she has surpassed her mother’s abilities. With that, she is now considered as the most powerful member of the Royal family.

In the last chapter, Asta was shown involved in a battle, and there are soldiers attacking him. There are hoards of them, but the wielder of a five-leaf clover was able to beat them and come out alive. However, there was a moment that placed his life in jeopardy when he was attacked with a poison. “Black Clover” chapter 232 will show him recovering after he took out the deadly substance from his body with the use of his sword.

Finally, “Black Clover” chapter 232 has been confirmed to be released on Dec. 8 via Shueisha’s Weekly Shounen Jump Issue #2. Otakukart also reported that spoilers would be available on Dec. 6, as this is the schedule when the raw scans are coming.