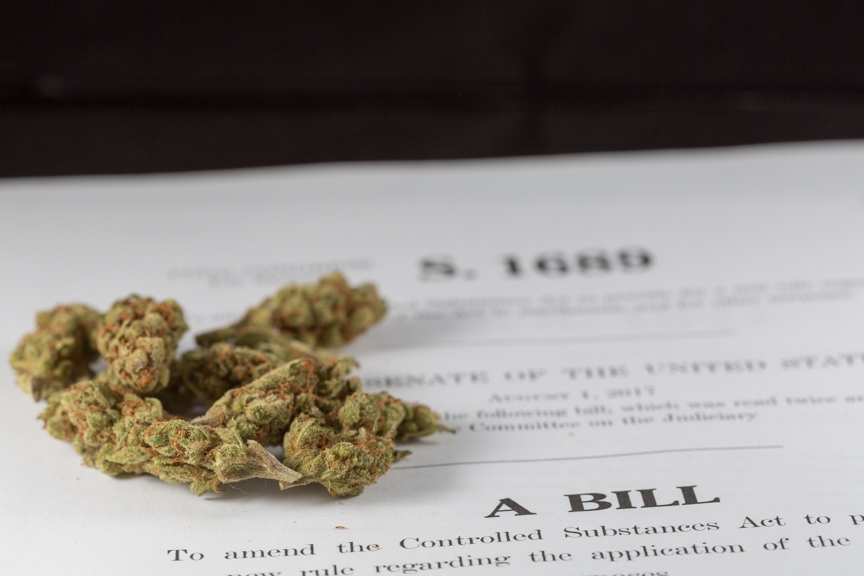 The bill decriminalizes marijuana cultivation, distribution, and possession by removing it from the list of controlled narcotics.

The U.S. House of Representatives passed a bill entitled Marijuana Opportunity Reinvestment and Expungement (MORE) Act to end the federal ban on marijuana, though the measure was seen as unlikely to pass the Senate.

The bill sponsored by Democratic Representative Jerrold Nadler of New York, passed by 220-204, with few Republicans supporting the measure.

The bill decriminalizes marijuana cultivation, distribution, and possession by removing it from the list of controlled narcotics.

However, the MORE Act will need 60 votes in the Senate's evenly divided chamber to reach President Joe Biden's desk for signature, a result largely considered implausible given the measure's lack of Republican support.

Democratic Representative Ed Perlmutter stated on the House floor on Thursday ahead of the vote that the bill will "end decades of failing and unfair marijuana prohibition." He added Prohibition is clearly past, and today we have a chance to create a new route forward on federal cannabis legislation that makes sense."

He went on to say that the bill does not compel any state to legalize marijuana.

Marijuana consumers and companies in the United States face a convoluted legal landscape, with 37 states legalizing it in some form, whether for recreational or medical purposes and 13 states still outright prohibiting it.

Researchers are severely constrained in their ability to study cannabis and its effects due to federal law's classification of the drug as an illicit drug with no medicinal uses, making the policy difficult to design.

Because of the federal ban, cannabis firms are mainly excluded from the banking system in the United States.

On the House floor, Republican Representative Michelle Fischbach said that the bill was "not just defective, but dangerous," because it would not protect minors and would encourage people to start marijuana enterprises.

Marijuana legalization is exceedingly popular among Americans, with 91 percent agreeing that either medical or recreational use should be permitted, according to a Pew Research Center poll conducted in 2021.

Senate Majority Leader Chuck Schumer, a Democrat, came up with his marijuana-legalization bill, which he plans to introduce in April.