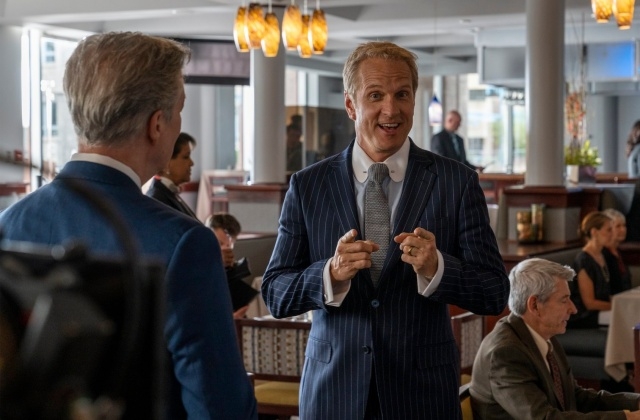 Some of the characters in “Better Call Saul” season 6 did not appear or even mentioned in “Breaking Bad.” This is puzzling for the viewers since “BCS” is the spin-off prequel to the “BB” series thus they should have made their appearance in the Aaron Paul and Bryan Cranston-led drama too.

Thus, before this drama concludes in “Better Call Saul” season 6, fans are hoping that their absence would be explained. One of the characters that is not present in “Breaking Bad” is Howard Hamlin (Patrick Fabian), a senior partner at Hamlin, Hamlin & McGill law firm.

The theories about Howard

“Better Call Saul” season 6 will finally end the backstory of Jimmy McGill who turned into Saul Goodman in the “Breaking Bad” drama. As his story comes to a close, Howard Hamlin’s fate should also be covered in the finale. But while there is no clue as to what happened to him, there are theories about it and below are some examples.

As per Screen Rant, Jimmy (Bob Odenkirk) and Kim Wexler (Rhea Seehorn) have something to do with Howard’s fate. In the previous season 5, Kim suggested to Jimmy that they should link the lawyer to illegal acts such as bribery and fraud.

In the end, with their strategy, Kim and Jimmy may have managed to put Howard in jail for the crimes he did not commit. The couple’s goal is to speed up the Sandpiper case which is being hindered by Howard so they want to eliminate him.The husband and wife are conspiring to destroy their former colleague’s career and they may have succeeded judging by Howard’s absence in “Breaking Bad.”

There is also a theory that suggests Howard will die in “Better Call Saul” season 6. He could have been killed by the members of the cartel that Jimmy and Kim got involved with. It is possible that Lalo Salamanca has a hand in his disappearance.

In any case, Kim Wexler’s absence in “Breaking Bad” is also a mystery and she has these same theories as Howard too. They said she could have died, jailed, or even kidnapped and sent somewhere far so she will never return again. Finally, while there are no solid proofs as to why Kim and Howard are not in “BB,” fans are expecting “Better Call Saul” season 6 to deliver sound answers.