‘Better Call Saul’ season 5: Cast and crew wrap up filming; What to expect in the upcoming chapter according to Bob Odenkirk 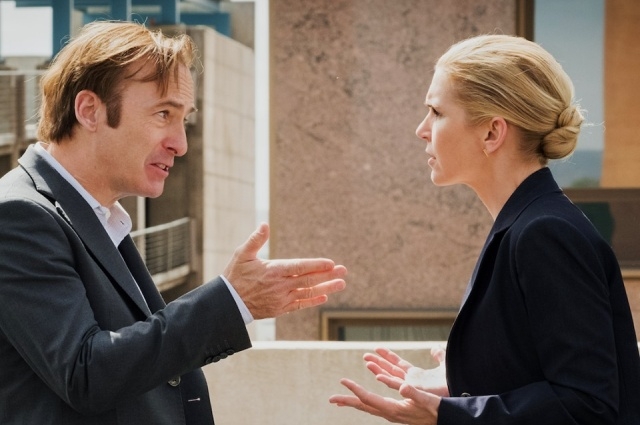 “Better Call Saul” season 5 has recently concluded its filming and now entered the post-production phase. The wrap up was revealed by the cast as some of them posted photos as they celebrate the last day of filming.

The reveal of “Better Call Saul” season 5’s end of filming excites the fans as this only means one thing that the drama is getting close to its premiere. One of the cast members who posted behind-the-scene and celebration photos was the show’s lead star, Bob Odenkirk.

Wrap up party for season 5

On Sept. 8, Odenkirk took to social media to let the fans know that they just concluded their work for “Better Call Saul” season 5. The actor also expressed his affection for his co-stars and uploaded a photo showing everyone around him.

“Wrap party of BCS Season 5 last night,” he wrote on Twitter. “A blast with the best cast ever. Great actors around me, and even better - Great People! Love ‘em.”

Clearly, “Better Call Saul” season 5 has moved to the post-production phase. The writers, editors, and producers will now edit the show and put together the scenes that will make the final cut for the upcoming episodes of the fifth installment.

What to expect in season 5

In another interview, Odenkirk who will still portray the Jimmy McGill character in “Better Call Saul” season 5, told the fans that this will be the best season that they filmed so far. He was talking to the turn of events in the storyline which made the episodes the best ones yet.

As previously reported, “Better Call Saul” season 5 will mark McGill’s full transformation to Saul Goodman which means, Odenkirk’s character will not turn from the gentle person to a bad lawyer who will do anything to acquit his criminal clients. The actor stressed that the audience will love this and even stated that it will blow their minds.

“It’s the best season we’ve ever done, it’s going to blow your mind,” he told Deadline. “I’m not kidding about either of those things. It’s f***ing awesome. I can’t wait for people to see it. It’s just shattering in every direction, and I love it.”