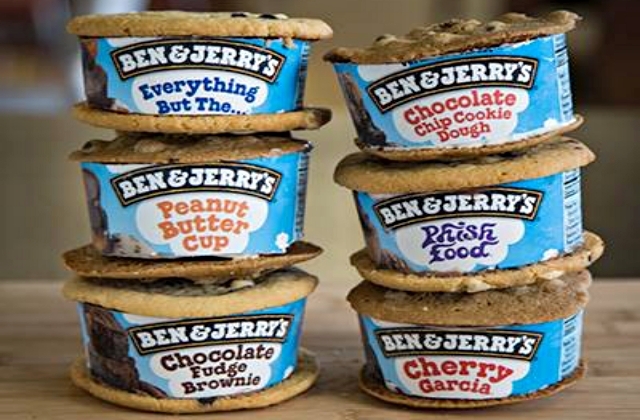 Ben & Jerry’s is at the center of attention today after announcing that it will end the sales of its famous ice cream in territories being occupied by the Palestinians. The frozen dessert made the announcement earlier this week, and it has been met with furious reactions from the Jewish communities.

“We believe it is inconsistent with our values for Ben & Jerry’s ice cream to be sold in the Occupied Palestinian Territory (OPT),” Ben & Jerry’s said in a statement. “We also hear and recognize the concerns shared with us by our fans and trusted partners.”

Apparently, the ice cream maker’s announcement resulted in criticisms, and some kosher grocery stores in the United States are pulling out the brand. CNN Business reported that these groceries made the same decision to remove Ben & Jerry’s from their outlets.

One kosher supermarket in New Jersey, Glatt Express, is one of the stores that is dropping the ice cream brand. Its owner, Dani Secemski, said he immediately made the decision to take out Ben & Jerry’s in his grocery after learning about the announcement.

"I thought this was an anti-Semitic statement about the evil situation in the Middle East," he told CNN. "If they can reverse their decision, then we'll 100% carry them on our shelves again, and I'll be the first person to tell other businesses to do the same thing."

Since he still has some $1,200 worth of Ben & Jerry's ice cream in his store’s freezer, he said that he will just keep it for now and wait for any change in the dessert company’s decision. In case they will not reverse, he might just donate the ice creams. Other kosher stores, including Seasons Kosher, Gourmet Glatt, Aron’s Kissena, and Shop Delight in New York, are also the ice cream brand.

One store owner, Eli Siegel, who owns Market Maven in Baltimore, said that people love the ice cream brand, and they always look for it. They also request for it, but due to the turn of events, he will drop Ben & Jerry’s. He admitted that it was a hard decision to make because his store earns a lot from their sale.

Finally, according to the New York Post, New York’s Morton Williams is also taking its stance in the Ben & Jerry’s controversy by reducing the number of the products in its 16 outlets by 70%. The board of the supermarket also agreed to stop the promotion of ice cream in its weekly circulars.